Chyavanprash is very good for immunity and it relieves my weakness.

I used Chyavanprash for my respiratory problems. And also helps me to improve my immunity. Chyavanprash is one of the best product in Kerala ayurveda.

I am using Chyavanprash for climate change diseases like cold and cough. It's a great immune booster and I would recommend people to try this and see the benefits of this Kerala Ayurveda chywanprash.

You can feel the authentic taste of Ayurveda Chyavanprash. Using natural jaggery, and is also made in ghee (again, you can sense it in the taste). And this ayurvedic formula is best for health.

Ayurveda, the eternal science of life is full of mystical recipes, potions and formulations- it is not just a system of healing, it is a way of life, it is the belief that the microcosm and macrocosm are one and the same. It is the philosophy that nature has all the answers that we are diligently seeking to keep ourselves hale and hearty. As we are now struggling to find answers to the growing number of infectious diseases around us and finding ways to fight off disease causing germs, what we often overlook is the need to strengthen our bodies as well. What is the real secret to gain health and protection against the growing number of infections? How do we promote our health and longevity? This question leads us to one of the most popular ancient Ayurvedic formulations- Chyawanprash.

Unveiling the secret behind the Original Immune booster

Chyawanprash is perhaps the most popular Ayurvedic formulation and is a common sight in Indian households. But what makes it so special? We delved deep into ancient Ayurvedic texts, and found many intriguing things about this potent herbal supplement that are worth sharing.The story behind every herbal formulation in Ayurveda is as rich and unique as its properties. Here is the story behind the most loved Indian superfood:

Ayurveda is derived from the Vedas, or ancient texts from the Vedic period of present-day India. Therefore, the name, use, and origin of many herbs and formulations are intertwined with mythology. Chyavanprash is said to be a potent herbal formulation that was passed on by the celestial healers- Ashwini Kumaras, to rejuvenate the old and debilitated Rishi Chyavana. Sage Chyavana married a young and beautiful princess and pleased with her love and devotion, decides to regain his youthfulness, but knows no way. Chyavana started a great penance to regain his vitality and the twin celestial healers Ashwini Kumaras blessed him with the secret of longevity and good health- Chyavanprash.

Ashtanga Hridaya is named so because it is rightly the hriday or heart and essence of Ayurveda. All the Ayurvedic philosophies, herbs, formulations and way of living are written in beautiful lyrical condensed Sanskrit verses, Ashtanga Hridayam is a condensed manual for contemporary Ayurvedic healers around the world, providing unparalleled benefit in their clinical practice, as the rhythmic recitation is easier for recollection. Thanks to this authentic Ayurvedic text, we at Kerala Ayurveda were able to replicate the original recipe that bestowed sage Chyavana with health, wellness and vitality.

One of the main Chyawanprash ingredients is Amalaki, which is one of the ayurvedic medicines that removes toxins and can thus help in rejuvenation. Pippali, Vidarikand, Arjuna, Shatavari, Mulethi, Bel, Pushkaramoola, Kesar, and Jivanti are some of the other plant sources prescribed in traditional texts. The traditional version of Chyawanprash uses 50 different herbs.

Kerala Ayurveda with a legacy of over 75 years firmly believes in the unchanged traditions and so we follow the original recipe of Chyavanprash, as mentioned in Ashtanga Hridayam. With no artificial addition of sugar to enhance flavor and taste, we only rely on the power of nature by adding jaggery and honey as sweeteners. With an uncompromised quality with herbs procured from all over the world, we ensure you that in every spoon of Kerala Ayurveda Chyavanprash, you will experience the power of fifty original herbs that will support a robust immune response, better digestion, improved metabolism and overall well being, for you and your entire family!

With higher concentration of Vitamin C, Amla is an important Chyawanprash ingredient.  Amla is a divine fruit said to have sprouted from the tears of Goddess Lakshmi. Instead of using readily available large hybrid Amlas, Kerala Ayurveda Chyavanprash is made using wild Amlas procured sustainably from the deep forests of Chhattisgarh, that are richer in tannin and are richer in medicinal value.

The ten Dasha Moola herbs are a group of very potent herbs that are used in Ayurvedic medicine for treating a wide variety of problems. The ten herbs are important Chyawanprash ingredients:

Ethically harvested, unprocessed honey from the bee hives located in the pristine, deep forests of India. Wild bees procure nectar in their natural habitat from thick and luscious forests blessed with multiflora and medicinal herbs, away from civilization, and pollution.

Herbs that are believed to help age gracefully

You should ideally consume 1 teaspoon twice daily, with lukewarm milk or as directed by the physician. If you are vegan, lactose-intolerant/ sensitive, or simply want to skip the milk, you can consume it with a cup of lukewarm water. Chyavanprash is best taken in the morning. It is meant to be taken for a long period to ensure the immune system is strengthened. Regular consumption of Kerala Ayurveda's Chyavanprash- the best chyawanprash for immunity, can help in steadily increasing your family’s immunity so that your body is able to fight diseases and illnesses naturally. It is one of the best sources of Vitamin C since its main ingredient is Amalaki.

Better immunity and wellbeing- the need of the hour

Immunity is the innate ability of the human body to protect itself against diseases and illnesses. This explains why some people fall ill very frequently. Weakened immunity implies that the body is not able to fight pathogens. This makes a person susceptible to illness. There could be various reasons for weak immunity, including poor digestion. Increasing immunity is the natural way to be healthy. Ayurveda propagates just this philosophy and even has remedies in the form of Ayurvedic immunity boosters.

Rasayana is the practice of rejuvenating the body and mind. It is believed that Rasayana can help in restoring youthfulness and extending lifespan. One of the most important formulations that help achieve this is the immunity boosting Chyavanprash. Chyawanprash, is the original secret of good health and immunity in Ayurveda.

Ashtanga Hridayam says that Chyavanprash is the foremost of the rasayanas and helps in nourishing the weak and the old. According to the ancient texts, Chyawanprash for immunity, helps in improving memory, providing freedom for disease, longevity of life, improved digestion, and alleviating asthma. It is a traditional immune booster for kids.

Benefits of Chyawanprash ranges from being an Ayurvedic immunity booster to an Ayurvedic health tonic to help relieve weakness, debility, emaciation, aging and chronic respiratory infections. The ingredients have a careful selection of Ayurvedic Tridosha balancing, digestion supporting herbs that nourish the body and mind.

This Ayurvedic health tonic from Kerala Ayurveda- the best chyawanprash in India, is prepared in the same way that was made for Sage Chyavana.

Chyawanprash contains key supplements to boost the immune system and increase general immunity. This helps to increase hemoglobin content and white blood cells. This in turn allows the body to fight pathogens and allergens in a natural way. Chyavanprash contains amalaki, which helps to get rid of ama or toxins that accumulate in the body and weaken it.

According to Ayurveda, Chyawanprash increases Ojas, which boosts immunity and increases youthfulness. It fills the body with vigor and vitality. It helps in creating a strong agni, which ensures easy digestion. It is also beneficial for the proper working of the reproductive system.

It helps in improving the working of the digestive system, reduces problems like flatulence, dyspepsia, and nausea. It strengthens the working of the respiratory system and is extremely helpful in the treatment of respiratory problems. It can help reduce stress and anxiety. The Chyavanprash price online is reasonable in India. It contains vital ingredients that are known to restore a person’s health and strength.

Kerala Ayurveda’s Chyavanaprash is best taken twice a day. You will have to take it regularly if you want to ensure proper immunity and strength. You can consume it year round directly, with warm milk in summers or warm water in the rainy and winter seasons.

Unlike the many Chayavanprash brands that add sugar to enhance taste, Kerala Ayurveda strictly adheres to the exact Vedic recipe and doesn't use any other sweeteners other than Jaggery and honey.

Kerala Ayurveda Chyavanprash is made with premium ingredients by following the exact recipe from Ashtanga Hridayam. T his makes it the best Chyavanprash that can be consumed year round.

Kerala Ayurveda Chyavanprash follows the exact recipe mentioned in the ancient Vedic text Ashtanga Hridayam, and we don't believe in tweaking the recipe and adding sugar or other taste enhancers. We also use wild amla from the deep jungles of Chattisgarh instead of hybrid large Amlas, as they are higher in tannins. These wild amlas taste sourer than the hybrid variety but are richer in medicinal value.

Yes. You should follow Kerala Ayurveda Chyavanprash with a glass of warm milk in the summers and warm water in the winter and rainy seasons.

No, Ashwagandha is not an ingredient in Kerala Ayurveda Chyavanprash. The main ingredients in this formulations are, Draksha, Bilva, Pushkaramoola, Amalaki, and Pippali. You can also try Kerala Ayurveda's Aswagandhadi Lehyam

Yes, Kerala Ayurveda's Chyavanprash is a vegetarian product. It is made with the most premium ingredients that have been sourced from all over the world. We do not use artificial preservatives or color to enhance appearance and taste. 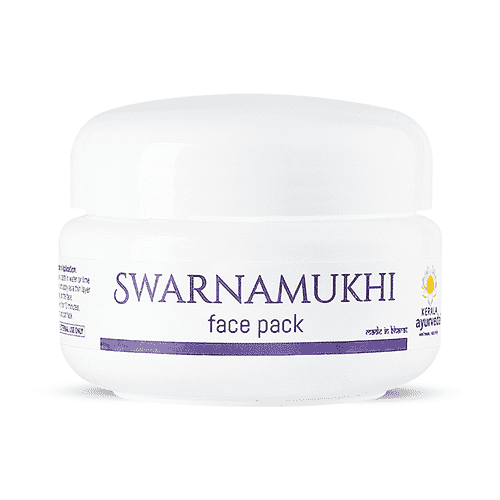 Tips/Ways to Manage Diabetes with Ayurveda!

What is Adaptive Immunity? An Overview

Tips/Ways to Manage Diabetes with Ayurveda!

What is Adaptive Immunity? An Overview