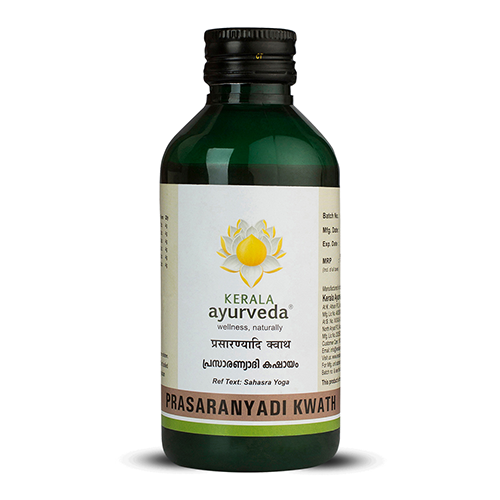 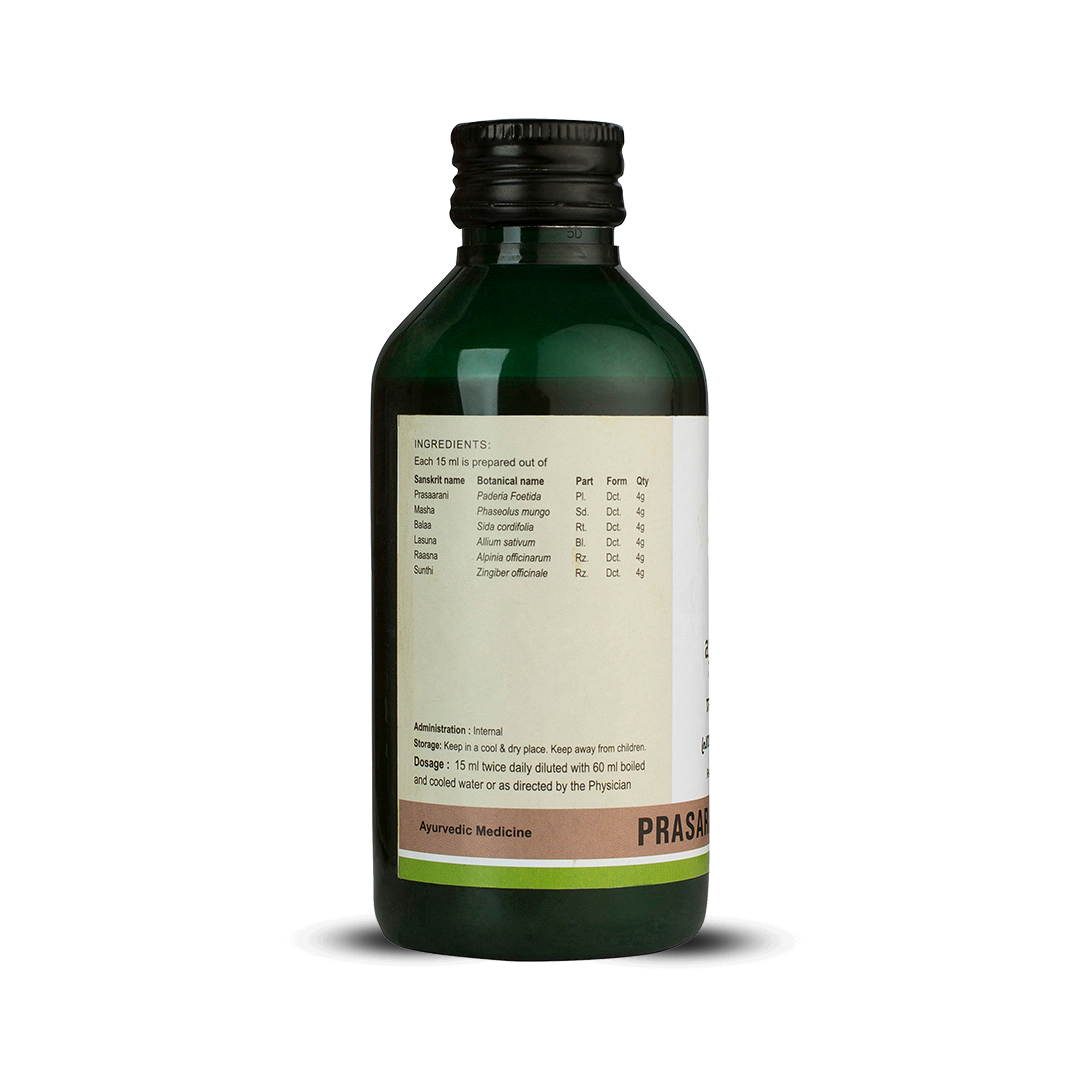 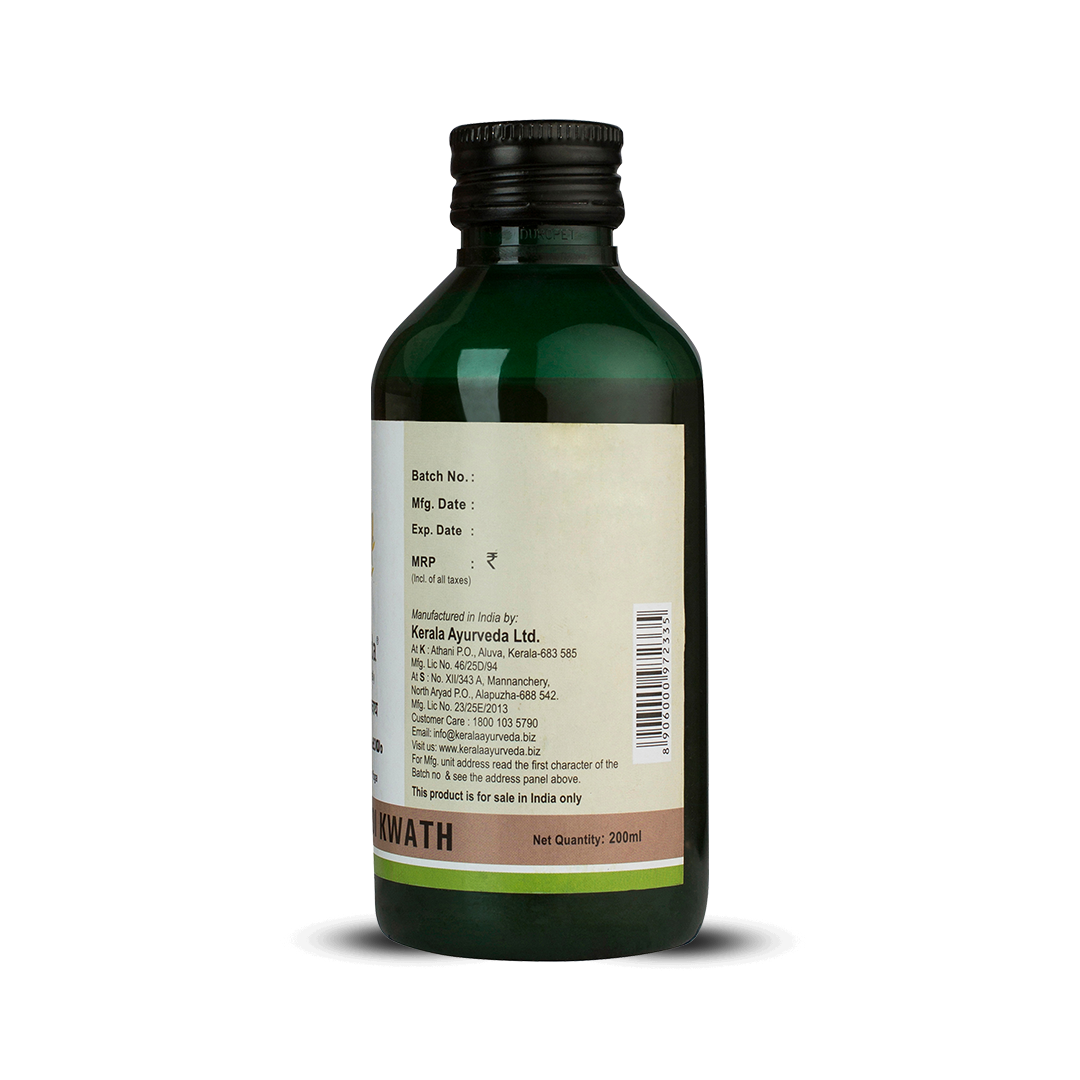 The Prasaranyadi Kwath is a decoction of Ayurvedic herbs and ingredients that can be used as a supplemental Ayurvedic medicine for neck and shoulder pain and degenerative arthritis. It is known to have a beneficial effect on musculoskeletal problems, motor neuron issues, degenerative arthritis, frozen shoulder, cervical spondylosis and demyelination diseases.

The skeletal system is the framework that supports the body. The skeleton and muscles work together as the musculoskeletal system to enable movement. Problems with the joints can make it very difficult for a person to go about their daily activities. Problems with the shoulder area make it difficult to lift and use the affected arm properly and can limit the range of motion. Sometimes pain can also be caused by muscle strains and sprains as well as neurological problems such as demyelination or motor neuron diseases.

The Prasaranyadi Kwath is to be taken internally. It is to be taken as a 15 ml dose diluted in 60 ml of boiled and cooled water or as advised by an Ayurvedic physician on how to cure frozen shoulder. Self-medication is not advised.

The shoulder has a ball and socket joint that is surrounded by a shoulder capsule tissue that holds the joint components together. Overuse, misuse, disuse, sprains or strain of the shoulder joint can cause pain. When the shoulder capsule becomes tight or thick it limits the motion of the shoulder. When this gets worse it can also cause the formation of scar tissue and a reduced amount of the synovial fluid that lubricates the joint.  Frozen shoulder gradually develops over a period of months and then gets much worse and finally goes away. The first stage is called the freezing stage, the second is the frozen stage and the third is the thawing stage. All the stages can last months and the entire process can even span around two years. It does not have specific reasons for stiff shoulder problems but some groups are at a higher risk of developing frozen shoulder; patients in recovery from stroke or mastectomy surgery, being between the ages of 40 - 60, having thyroid problems, diabetes, or heart problems.