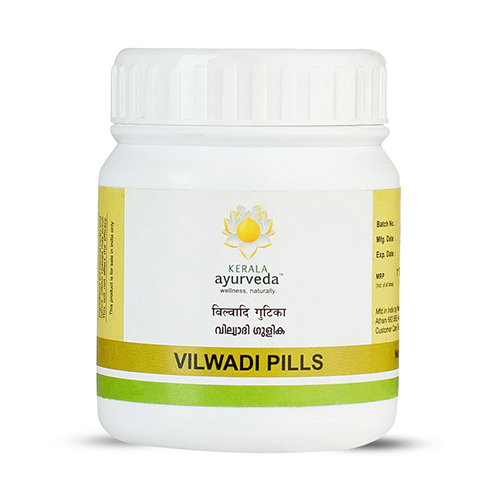 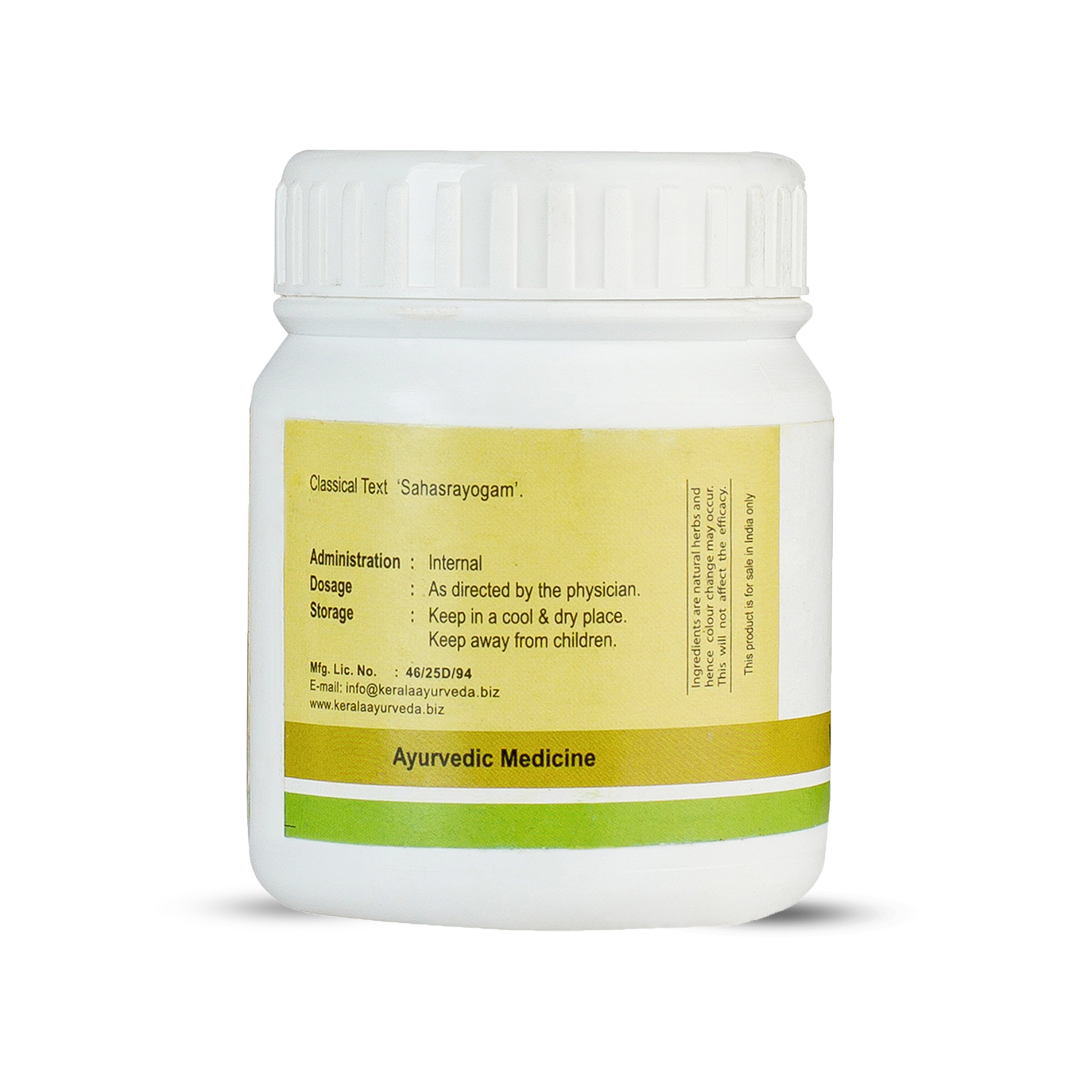 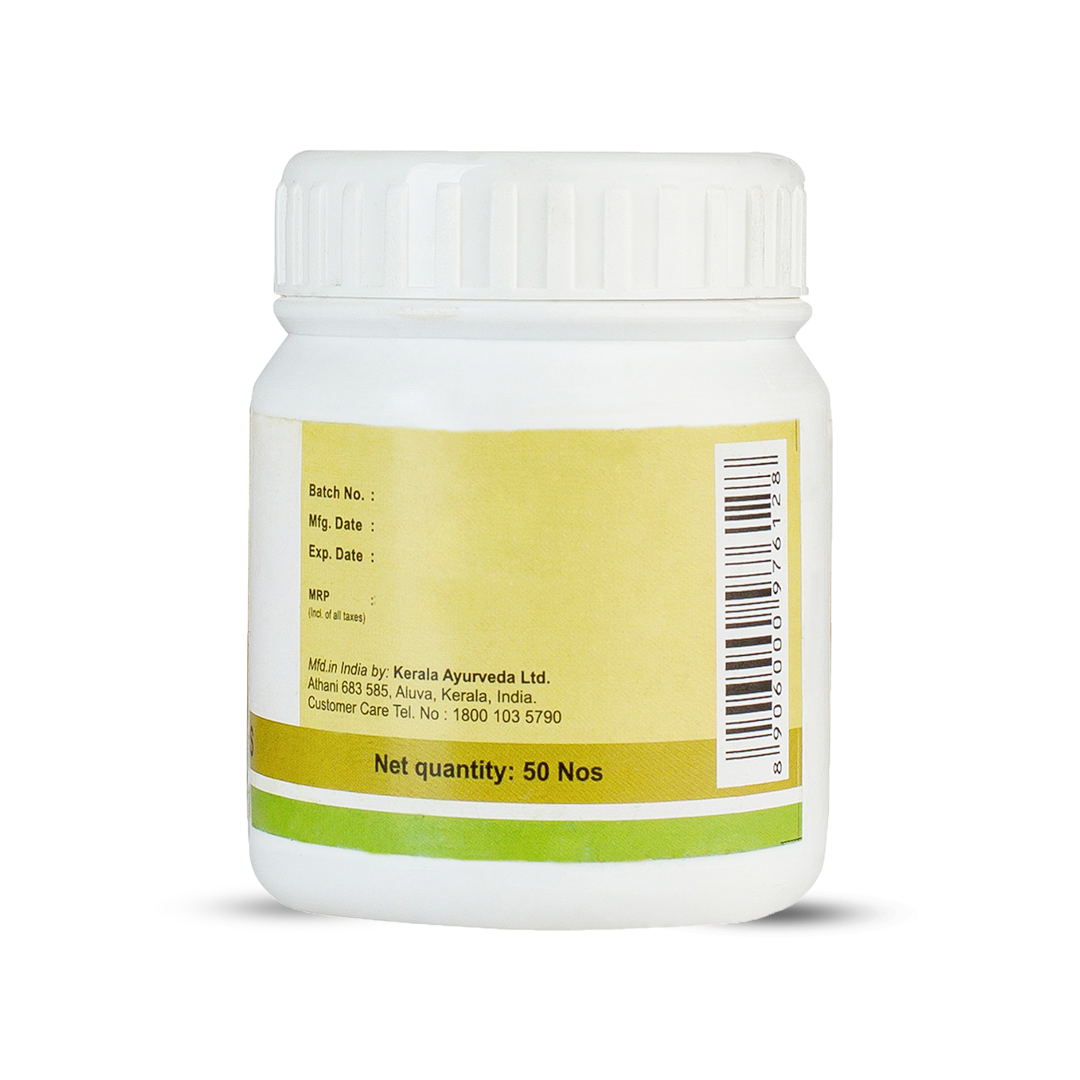 Vilwadi pills are used to aid in the Ayurvedic treatment of fevers, poisoning, and metabolic insufficiency. The unique formulation of the medication also makes it an Ayurvedic detox and supplemental medicine for fever.

A heated forehead indicative of a fever is an obvious symptom of being unwell. When the body is put to any stress the immune reaction causes fevers. This stress could be in the form of an infection or an undesirable irritant.

Insect and snake bites cause different reactions depending on the species that has bitten the patient. Some insect bites cause little more than a sting and itching or irritation. Others such as some spiders, fire ants, scorpions or some spiders can cause more severe reactions. Snake bites are the most feared. Some species of snake are harmless while others are dreadfully poisonous. Poisoning by some administered agent also causes symptoms in varying degrees depending on the type of poison.

Ayurveda places prime importance on the metabolic process. When the body is in perfect Dosha balance and the intake of food and lifestyle is ideal for the well being of a person the digestive process works well. However, incomplete digestion or metabolism leaves behind a metabolic waste which is called Ama. This Ama pervades the different systems of the body and causes problems. When the Ama is in the early stages it can be easily eliminated by the body but when it collects over a period of time it becomes harder to dislodge. Over long periods, Ama transforms into Amavisha which is the most toxic and dangerous form of the Ama. This Ama slows down the entire metabolic process which causes the vicious cycle of producing more Ama. When there is so much Ama over a long time, it pervades all the cells.

In Ayurveda, fever is treated not as a symptom but as a disease itself. Ayurveda refers to fever as Jwara. Jwara usually has a lower temperature in the digestive tract and higher temperatures on the outer surfaces of the body. Fever is usually a symptom of some other problem, inflammation or infection. It is usually found in Pitta related problems. Inflammation is called Shotha, Svayatu,  Shopha, Utsedha, and Samhata. Ayurveda calls the channels of circulation in the body Shrotas. When Ama does not get eliminated, it causes a blockage of the Shrotas called Shrotodushti. This causes inflammation. So we can see that inflammation is due to metabolic disorders.

Ayurveda has a branch of study called Agadatantra that relates to poisons and is related to toxicology in Western medicine. Poisons are called Visha and the types of Visha are; Sthavara (minerals or herbs), Jangam (animal) and Kritrima (drugs). Many of the ingredients in Ayurvedic medicines go through purification processes to eliminate their toxicity.

Poisonous bites are treated in Ayurveda by means of first aid to prevent the spread of the toxin through the bloodstream. As much of the poison as possible is to be expelled at the site of the bite through incision and sucking. Medication and antidotes are prescribed as per the type of bite and the species that inflicted the bite. The type of insect that inflicted the bite can also be classified as Pitta, Vata, and Kapha. The treatment is given accordingly.

Note: Always consult with an expert before you consume medication.

Vilwadi pills are made from an Ayurvedic formulation that is a good Ayurvedic detox. It helps in the treatment of metabolic disorders, fevers, insect bites, and poisons. Administration of Vilwadi Ayurvedic medicine to increase metabolism rate helps eliminate Ama and toxins and keep the body functioning optimally.