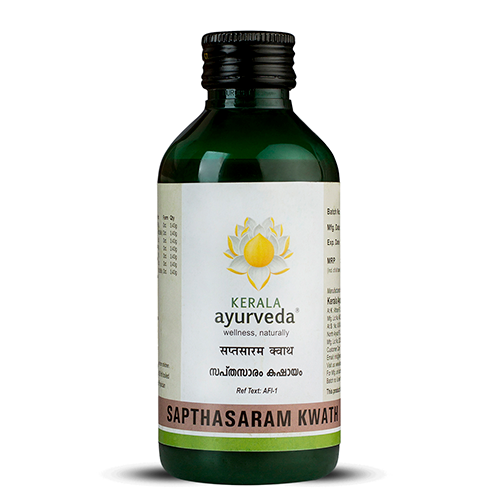 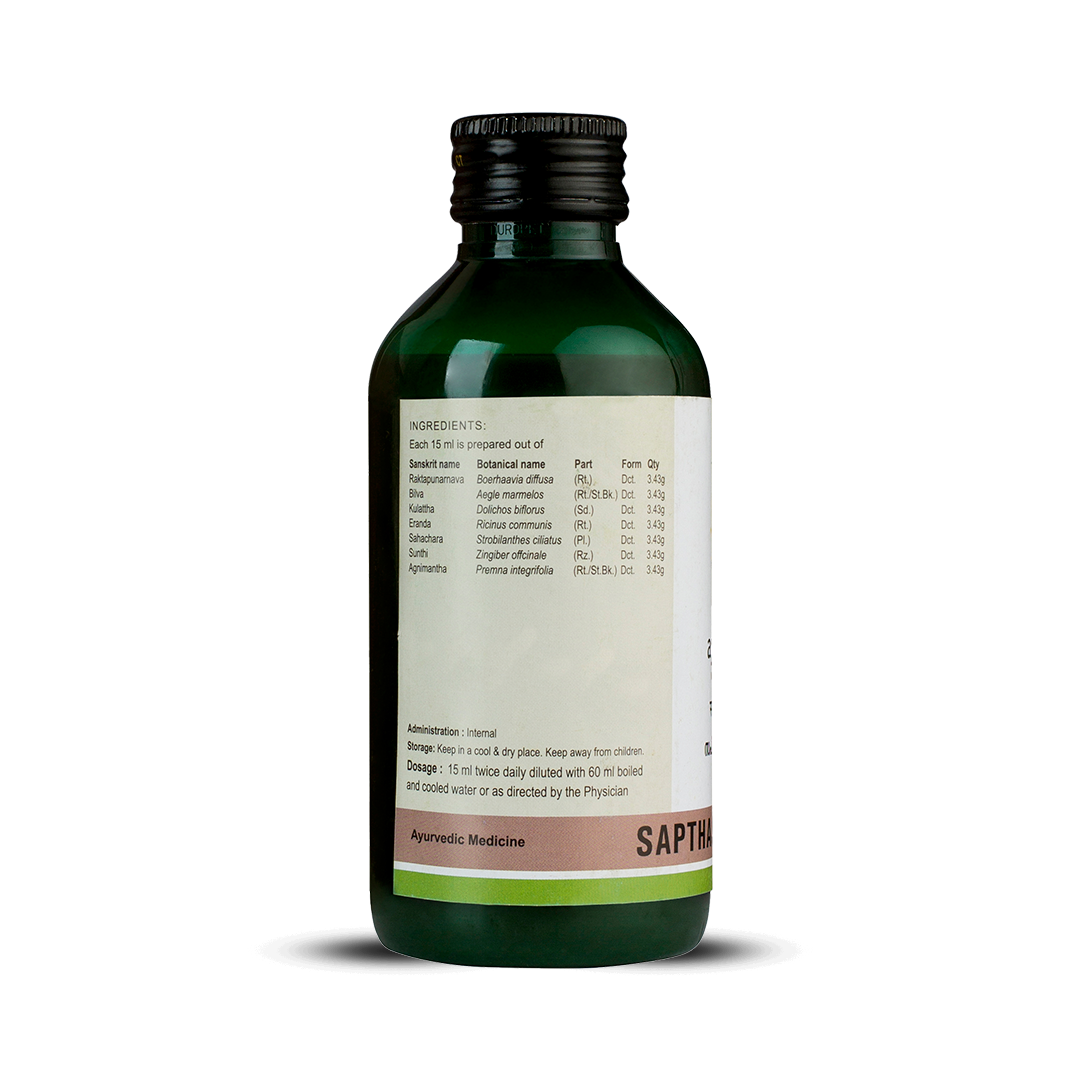 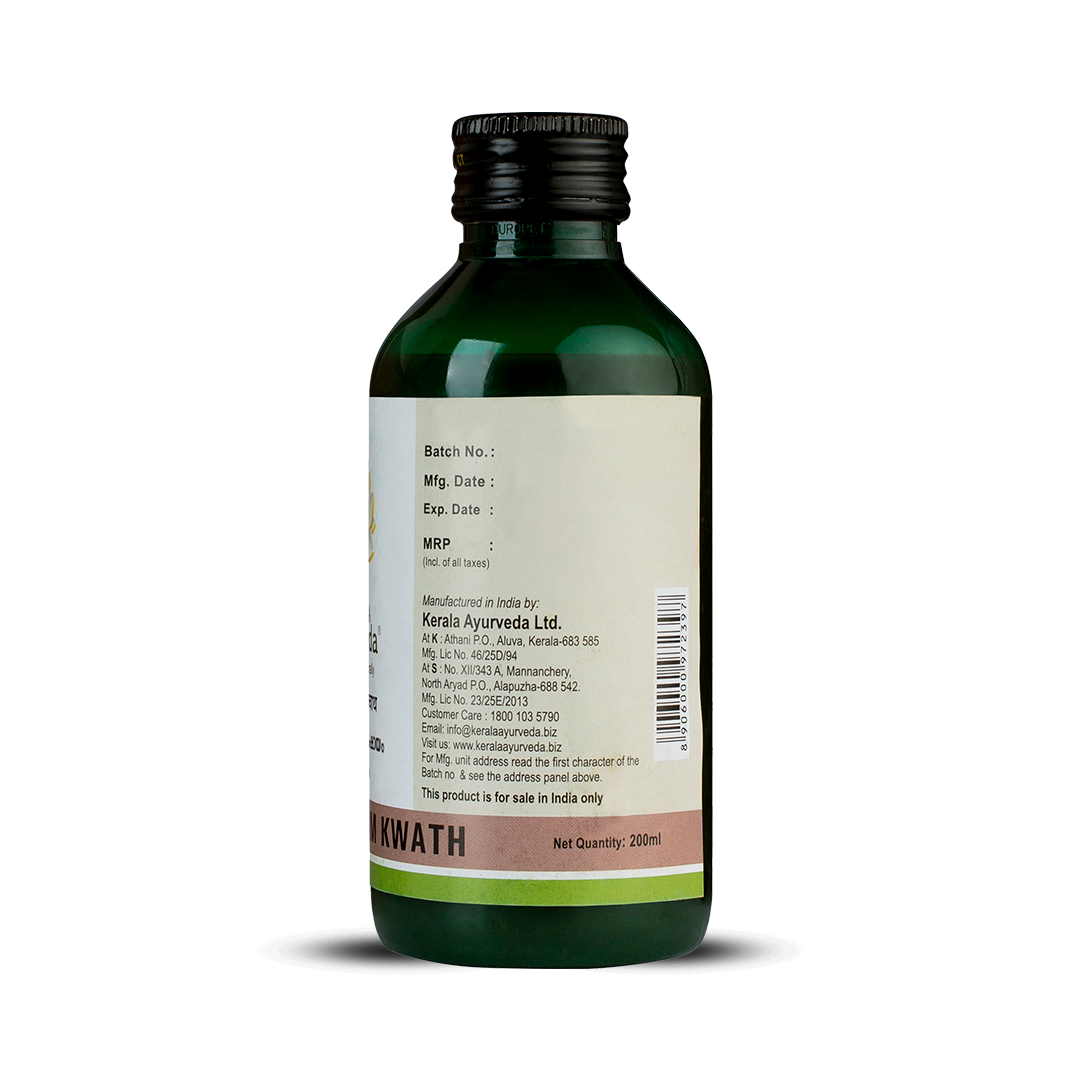 Sapthasaram Kwath is an Ayurvedic medicine used in the treatment of ascites, constipation, dyspareunia and other related conditions. It is made using seven Ayurvedic herbs and hence the name saptasaram.

The main symptoms of constipation are:

Some causes of constipation include:

Ascites is one of the most common liver diseases that is caused by cirrhosis of the liver. It causes excess fluid to build up in the abdomen, making the belly swell and protrude.

Ascites is usually accompanied by a feeling of fullness, a ballooning belly, and rapid weight gain. Other symptoms often include:

Ascites happen when pressure builds up in the veins of the liver causing it to function at less than optimal capacity. These problems are usually caused by some other condition such as cirrhosis, heart or kidney failure, cancer, or an infection.

Ascites also occur when the pressure blocks blood flow in the liver, which over time keeps the kidneys from removing excess salt from the body. This, in turn, causes fluid to build up.

An Ayurvedic Perspective to Constipation and Ascites

The word Ayurveda is a Sanskrit word that evolves from a combination of two words, ‘Ayush’ meaning life and ‘Veda’ meaning knowledge. Ayurveda means 'Knowledge about Life’ and is 5000-year-old science that originated in India.

Ayurveda is based on the premise that the universe is made up of five elements - Pradvi – earth, Aap – water, Tejus – Fire, Vayu – Air, and Akash – Space.

These elements are represented in humans by three ‘doshas, or principle energies: Vata, Pitta and Kapha. When any of the doshas accumulate in the body beyond the desirable limit, the body loses its balance. Every individual has a distinct balance, and overall health and well-being depend on maintaining the balance of the three doshas (tridoshas). Ayurveda suggests specific lifestyle and nutritional guidelines to help individuals reduce the excess dosha.

According to Ayurveda, constipation occurs when vata’s cold and dry qualities disturb the colon, inhibiting its proper functioning. The excess of Vata in the body causes disruption to apana vayu, the downward energy which supports elimination and stability. Due to the Vata imbalance, apana vayu flows in an upward direction rather than its usual downward flow.

In Ayurveda, Constipation is known as ‘Vibandh.’ It is a common condition that affects an individual's normal bowel movements where an individual experiences difficulty in passing stools and emptying the bowel. In severe cases, the individual may be unable to pass stools altogether for some time. Because many imbalances can contribute to chronic constipation including poor diet, compromised digestion, and sluggish elimination which can lead to a buildup of toxins, creating blockages in channels of elimination. In addition, the accumulation of stress and the disruption of bodily rhythms due to a busy lifestyle can destabilize the nervous system, predisposing an individual to poor elimination.

Ascites are aptly called Jalodar in Ayurveda, Jal meaning water and udar meaning stomach. So the accumulation of water in the stomach is called Jalodar. According to Ayurveda, the following are the causative factors for Jalodar: