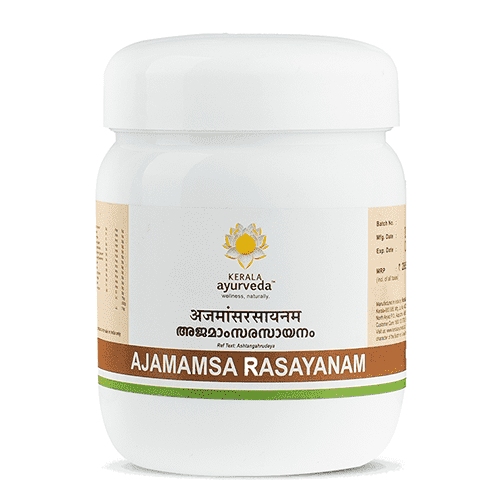 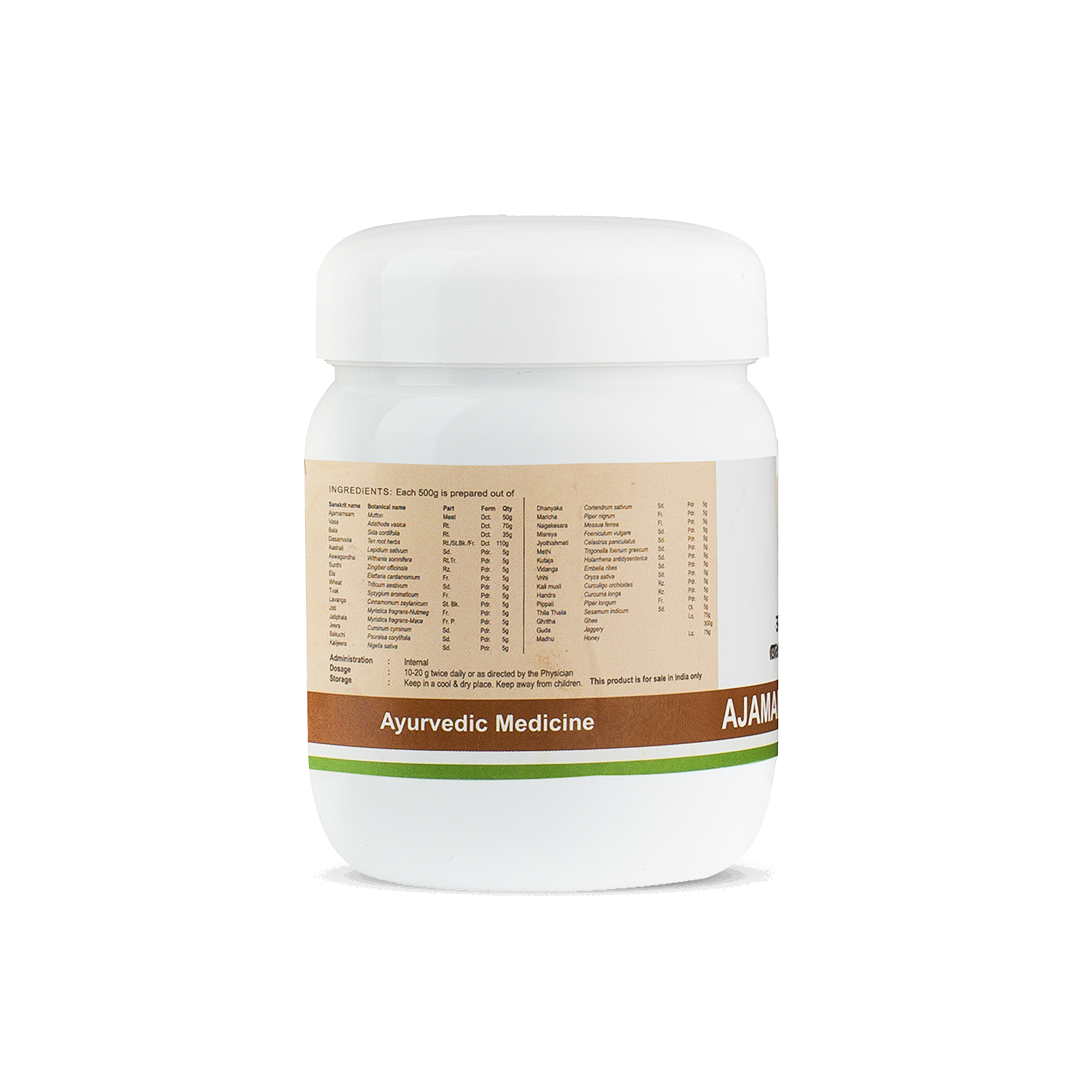 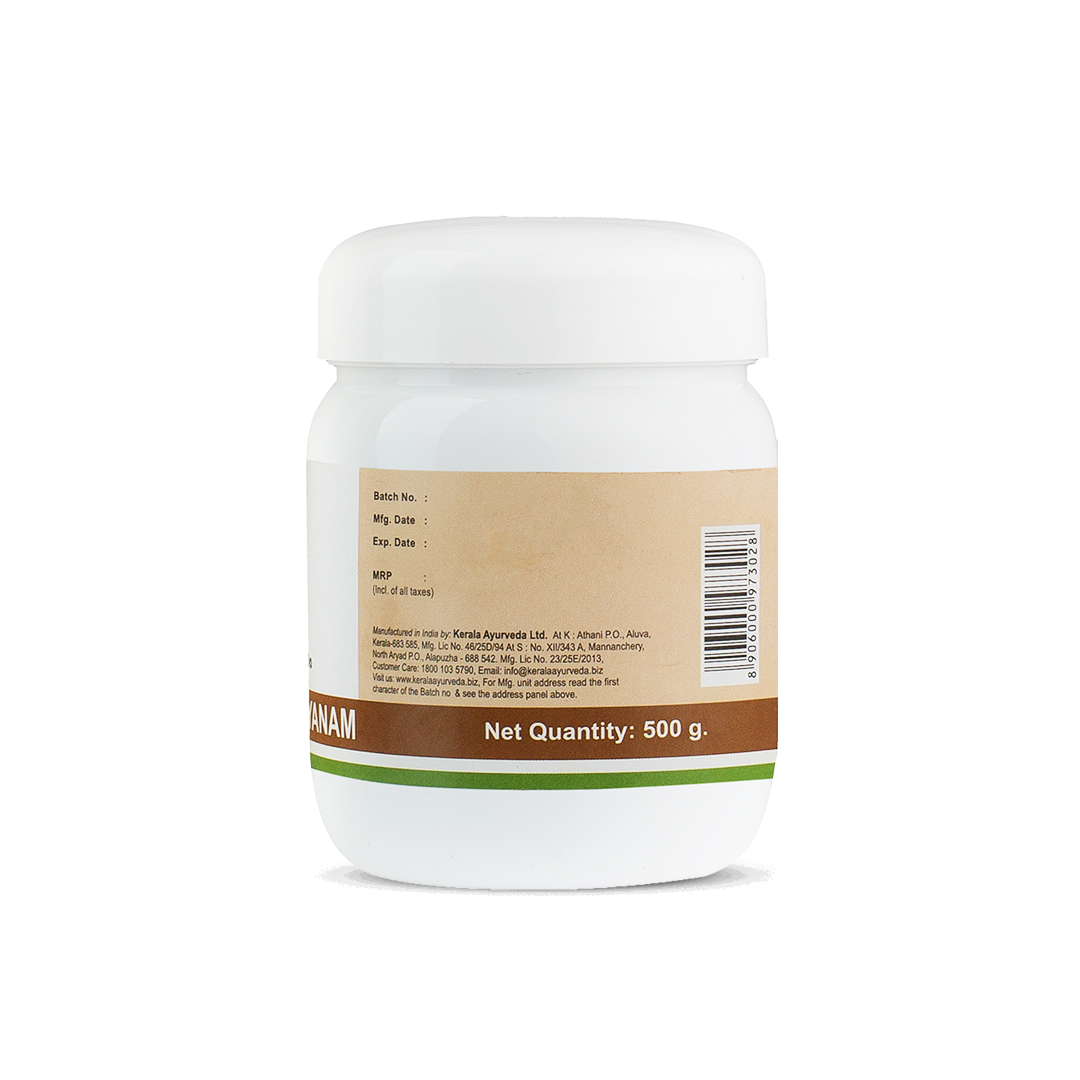 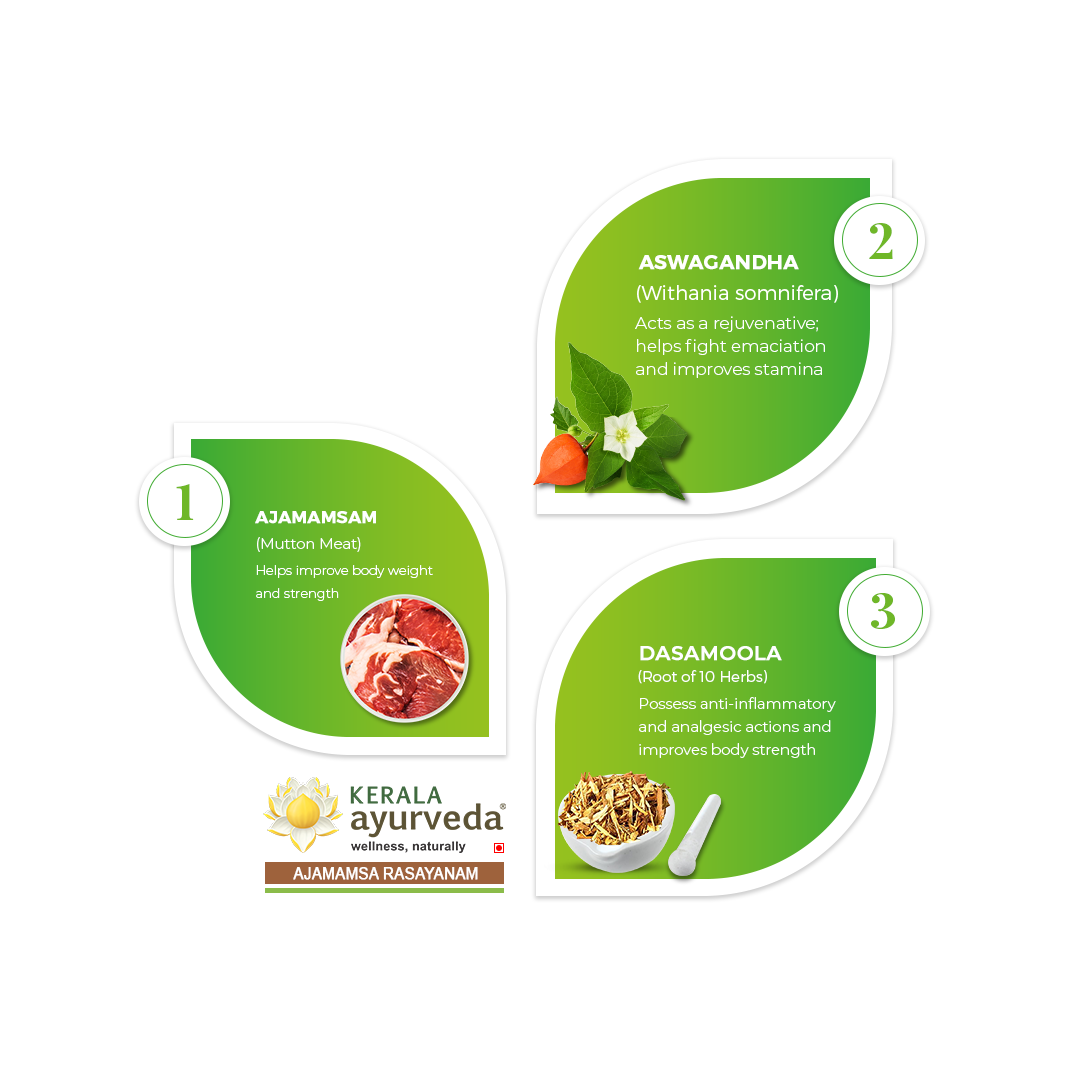 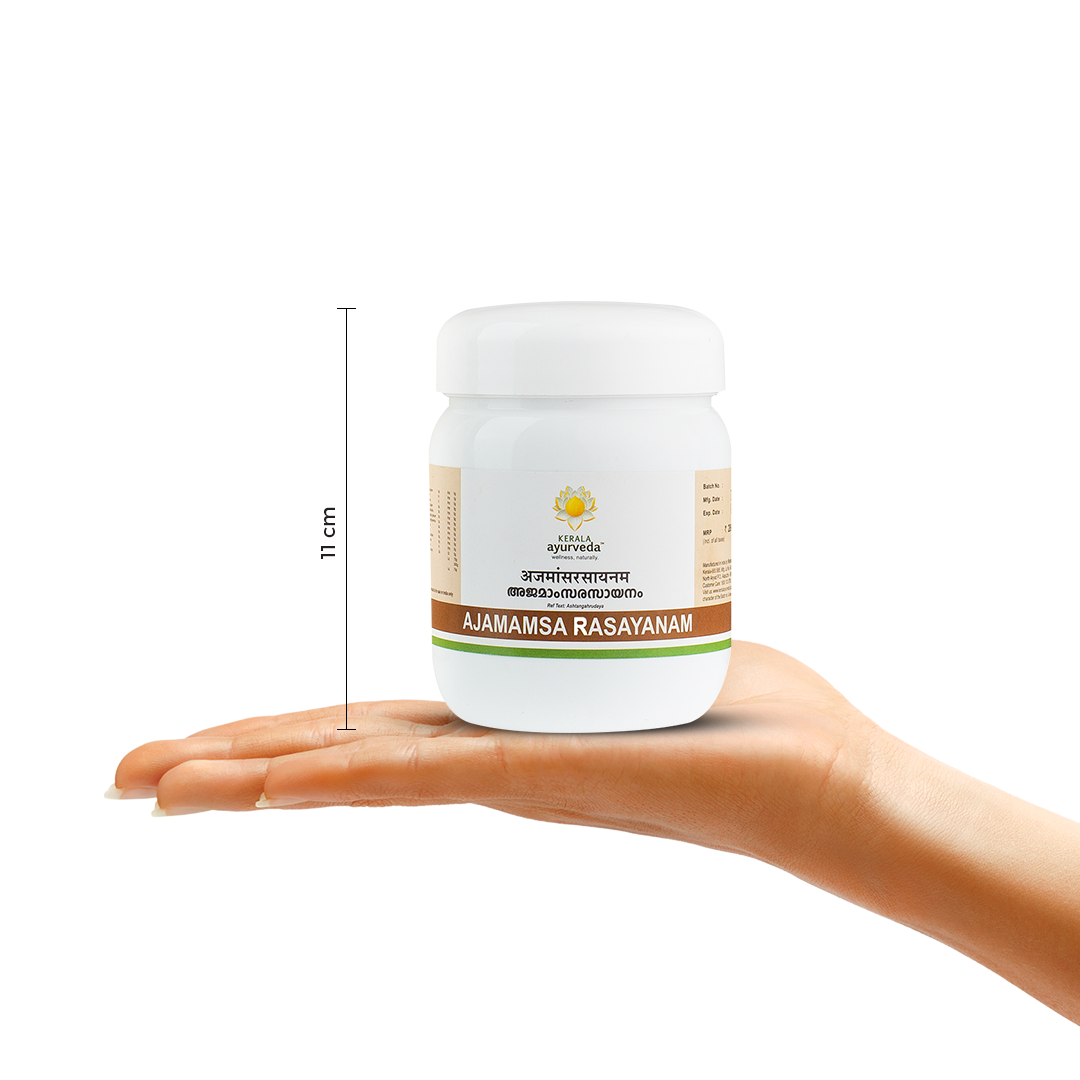 Ajamamsarasayanam is a traditional Ayurvedic medicine made of goat meat which is known for the treatment of various types of kosha or respiratory conditions. The various ingredients present are known to be used in various Ayurvedic treatments for TB. Ajamamsarasayanam also helps in increasing the strength of the bones and strengthening the muscles of the body. It is available in jam form and can also be used to experience relief from flatulence. It is prepared in both herbal ghee or herbal jam form. Ajamamsa means goat meat. It is a non-vegetarian medicine.

It is a Rasayana preparation which means those preparations which enrich rasa with nutrients to help one attain longevity, memory, intelligence, health, youthfulness, and immunity. The below ingredients are all full of Antiviral, Antibacterial, Antitussive, Anti–Inflammatory, Antihistaminic, Antibiotic, Antioxidant, Antitubercular properties.

For regular use as medicine, it is administered in a dose of a half teaspoon once or twice a day, before food. Usually, hot milk is advised along with this medicine or you can take it as directed by your physician.

Avoid deep-fried foods, heavy to digest non-vegetarian foods and aerated drinks, smoking, and excess alcohol. These can irritate the stomach and intestinal lining. For that, you can take (try) Ayurvedic medicines for strength and stamina. That will also help treat the imbalance in the dosha levels.

The principles of Ayurveda focus on discovering the origin of a disease and then eliminating from the root.

Tuberculosis is caused by micro bacteria that spreads from person to person through microscopic droplets released into the air. This can happen when someone with an untreated, active form of tuberculosis were to sneeze, cough or spit.

Although tuberculosis is contagious, it does not spread easily. You’re more likely to get TB from someone you live with or work with than from a stranger. Most people with active Tuberculosis who’ve had appropriate drug treatment for at least two weeks are no longer contagious. People affected by HIV, weak immune power, undergoing cancer treatment, or taking steroids are more susceptible. Poor nutrition is also one of the causes.

In this condition, you have a TB infection, but the bacteria remain in your body in an inactive state and cause no symptoms. Latent TB is also called inactive TB which isn’t contagious as contagious as active TB. But, it can turn into active TB, so treatment is vital for patients with latent TB and to help control the spread of TB.

Active TB in most cases has a higher probability of spreading to others. It can occur anytime between the first weeks after infection or might occur years later.

Signs and symptoms of active TB include: