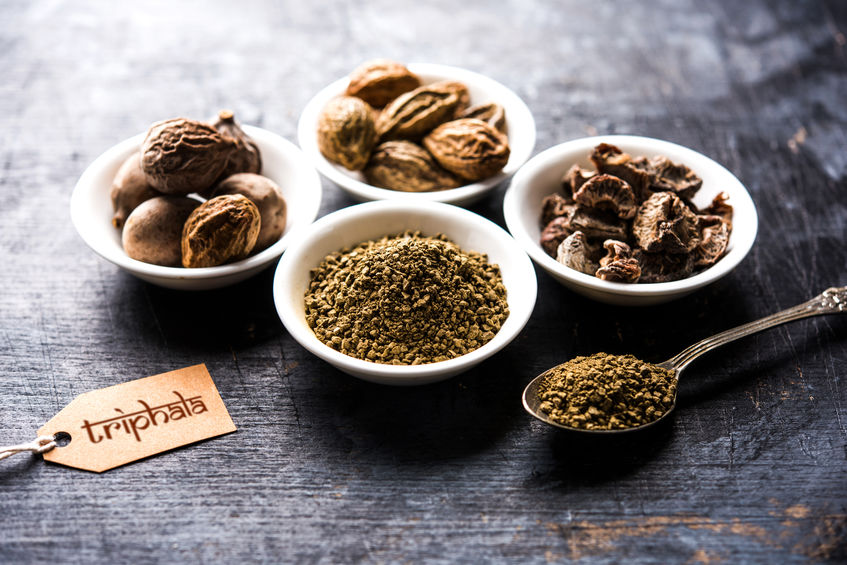 Ayurveda is more than 3000 years old. Medical science that has stood the test of time, the teachings of Ayurveda are relevant and acclaimed globally because of its holistic and natural approach.

Study of plants, minerals and animal products form the crux of Ayurveda, and the detailed description of their properties, disease-fighting abilities, and effects on the human body are mentioned in Ayurvedic texts after being subjected to extensive studies centuries back.

Ayurvedic medicinal preparations are made on the basis of the properties of each and every ingredient, to increase their potency and effectiveness. Herbs of various pharmacological actions are combined together in different formulations to yield desired results. One such amazing combination of drugs, Triphala: the three fruits/ myrobalans often called the nectar of life, contains equal parts of Amla, Vibhitaki and Haritaki. 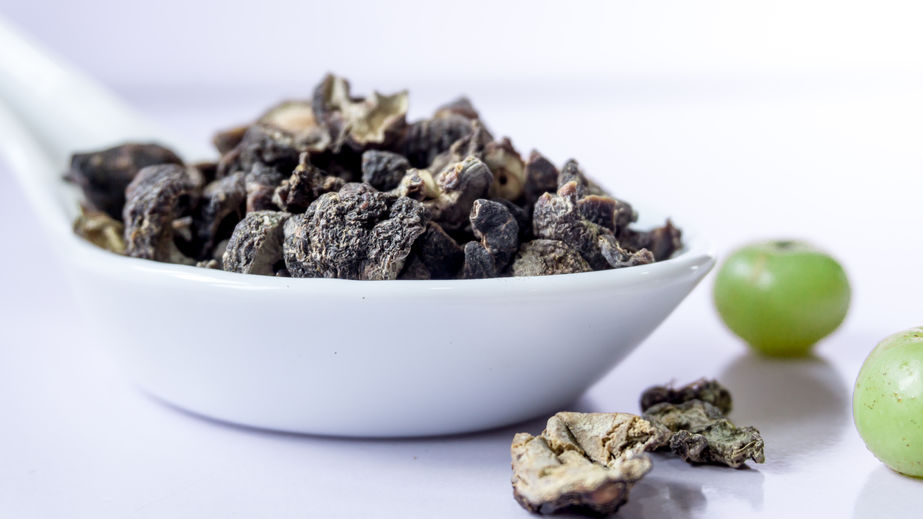 Amla is mentioned as divyaaushadhi or divine plant in Puranas. According to Hindu mythology, Amla is said to have originated from drops of amrita (holy nectar) which fell on Earth accidentally during Samudra manthan, churning of the cosmic ocean. Amla is a known rejuvenator, that has five of the six Ayurvedic tastes: sweet, sour, bitter, astringent and pungent. It is tridosa pacifying, vayasthapana (anti-aging), builds ojas(immunity), kasaghna (removes cough), keshya (hair tonic) and chakshusya (good for eyes). No wonder, it is also called as Dhatri or mother. A rich source of Vitamin C, essential minerals, antioxidants, tannins and flavonoids, Amla is a very commonly used ingredient in many Ayurvedic preparations. 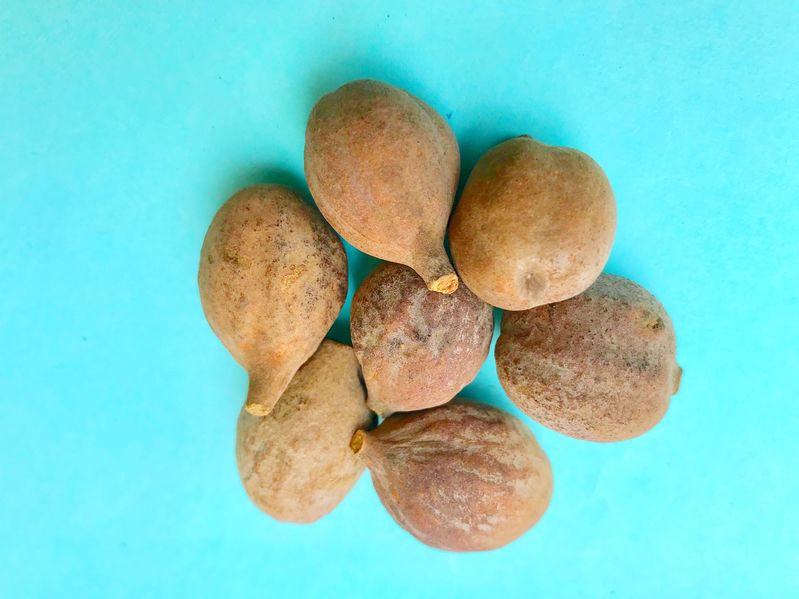 As the name indicates, Vibhitaki takes away the fear of all diseases. Vibhitaki is believed to be the abode of Lord Shani and is thus planted in Shaneeswar temples and so is never cut down. Apart from its numerous benefits, it helps in strengthening the hair roots, prevents premature greying, improves hair quality, is good for eyes, removes cough and hoarseness of voice. It has an astringent taste, pungent after-taste, slightly sour, hot in potency, pacifies tridosas, improves digestion, increases intelligence, works as a laxative and cures skin diseases. 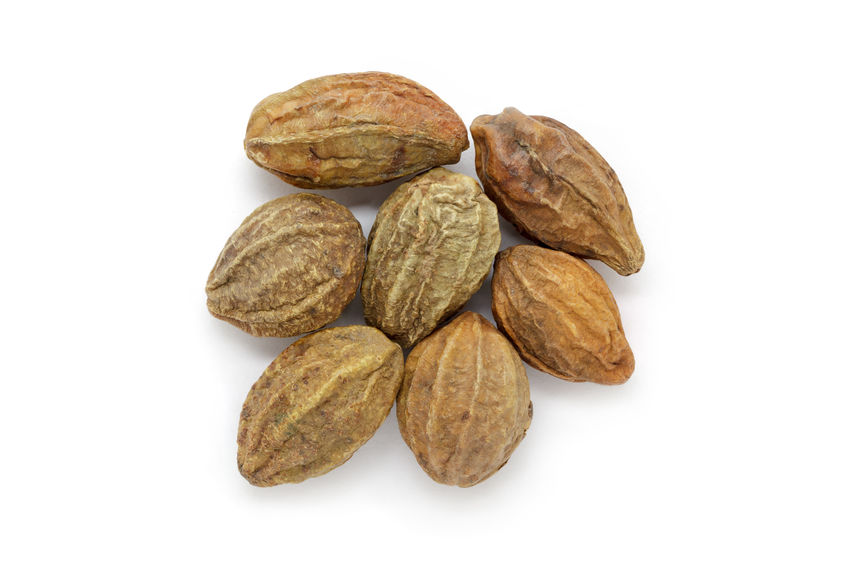 According to Indian mythology, this tree was grown in the abode of Lord Vishnu/ Hari, and so the name, Haritaki. It has been said to have originated when seven drops of nectar fell from Lord Vishnu’s mouth, giving rise to the seven varieties of Haritaki. Also correlated to Hara, another name for Lord Shiva, it is said to have been dedicated to Shiva after its creation, indicating the sacred place that this wonder herb holds in Vedas. In Buddhism, the healing Buddha is depicted holding a Haritaki branch.

Called by various names such as divine fruit, king of herbs and supreme nectar, Haritaki without any doubt is held in high esteem in Ayurveda because of its manifold health benefits which include rejuvenation, nervine tonic and improving eyesight. It is a purgative, easily digestible, astringent in taste, dry, hot in potency, sweet after digestion, cures disorders of voice, destroys worms and pacifies Kapha and pitta dosa. It purifies and cures diseases related to rasa (plasma), rakta (blood), mamsa (muscle) and medas (fat).

These three elements combine together to form Triphala churnam, the best-known rejuvenator, having a plethora of uses.

Acharya Charaka, has mentioned that taking the Triphala Rasayana (Triphala mixed with honey and ghee) daily has the ability to make a person live for one hundred years devoid of old age and diseases.

The indiscreet use of chemical fertilizers and insecticides and its health impacts are becoming a growing concern in recent times. Kerala Ayurveda Organic Triphala Powder is manufactured from freshest produce procured directly from certified Organic farmers, which ensures that you get all the goodness of Triphala, free from any unwanted chemical residue.

How to use Organic Triphala Powder

Triphala powder, being one of the most comprehensive and effective Ayurvedic concoctions, has a positive effect on most bodily functions. Made up of three herbs -- Amalaki, Bibhitaki, and Haritaki, Triphala is known to have multiple benefits for the hair and scalp.

A few of the many positive effects Triphala has on the hair and scalp are: stimulating hair growth, helping naturally keeping the scalp clean, improving the quality of the hair roots, helping maintain the natural shine of the hair.

2. Is it safe to take Triphala every day?

Yes. The constitution of Triphala makes it safe for daily consumption. It is essentially a great Ayurvedic treatment to help reduce toxins from the entire body and effectively help improve the functioning of the human body and general metabolism.

3. What are the side effects of Triphala?

While the overarching opinion is that Triphala is a great Ayurvedic treatment with plenty of benefits for the human body, it does have a clutch of known side effects in the short term.

Despite being a purely herbal supplement, Triphala is a mild laxative that must be taken in the right dosages. Its laxative properties tend to have side effects relating to the gastrointestinal system.

It is important to note that Triphala must not be taken by pregnant women. Also, it is not advisable while breastfeeding.

4. What is the best time to take Triphala?

The recommended and most widely practiced method of taking Triphala is half an hour before bedtime. Since Triphala works on the gastrointestinal system, taking Triphala powder at night with some warm water aids digestion and helps in the natural elimination process the next morning.

Triphala can also be taken early in the morning, on an empty stomach. This helps the metabolism.

Many studies have shown that Triphala helps maintain a healthy weight, especially around the belly area. Since Triphala works on the general health of the colon and digestive system, which is basically what eventually aids weight management.