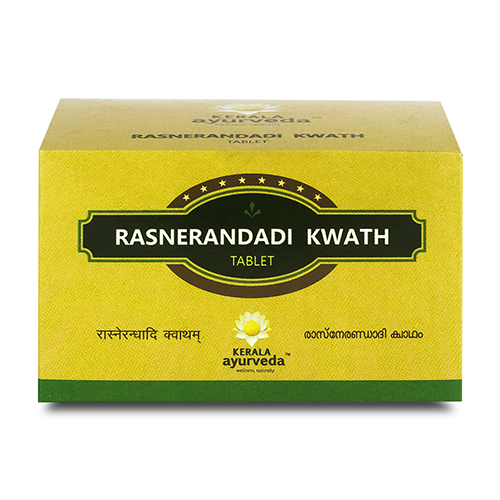 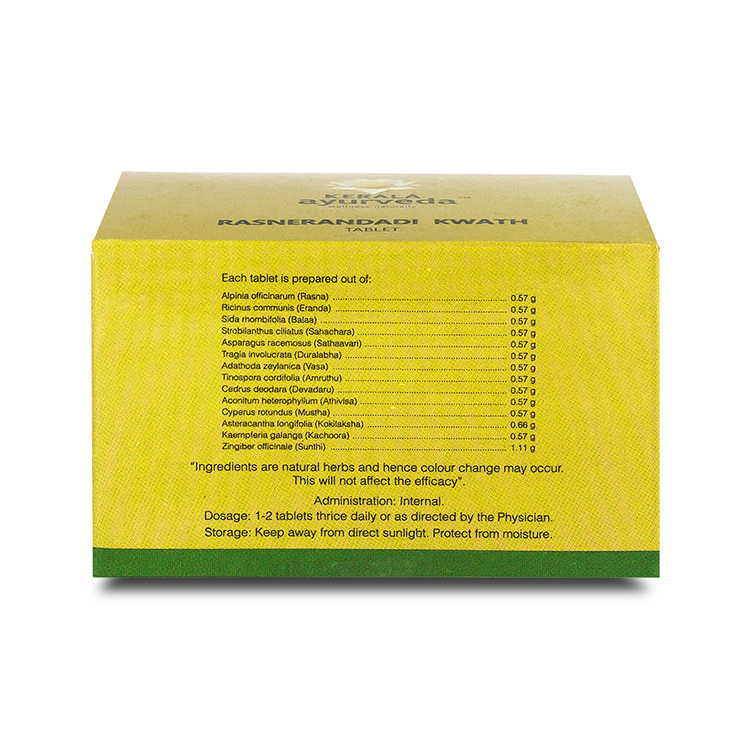 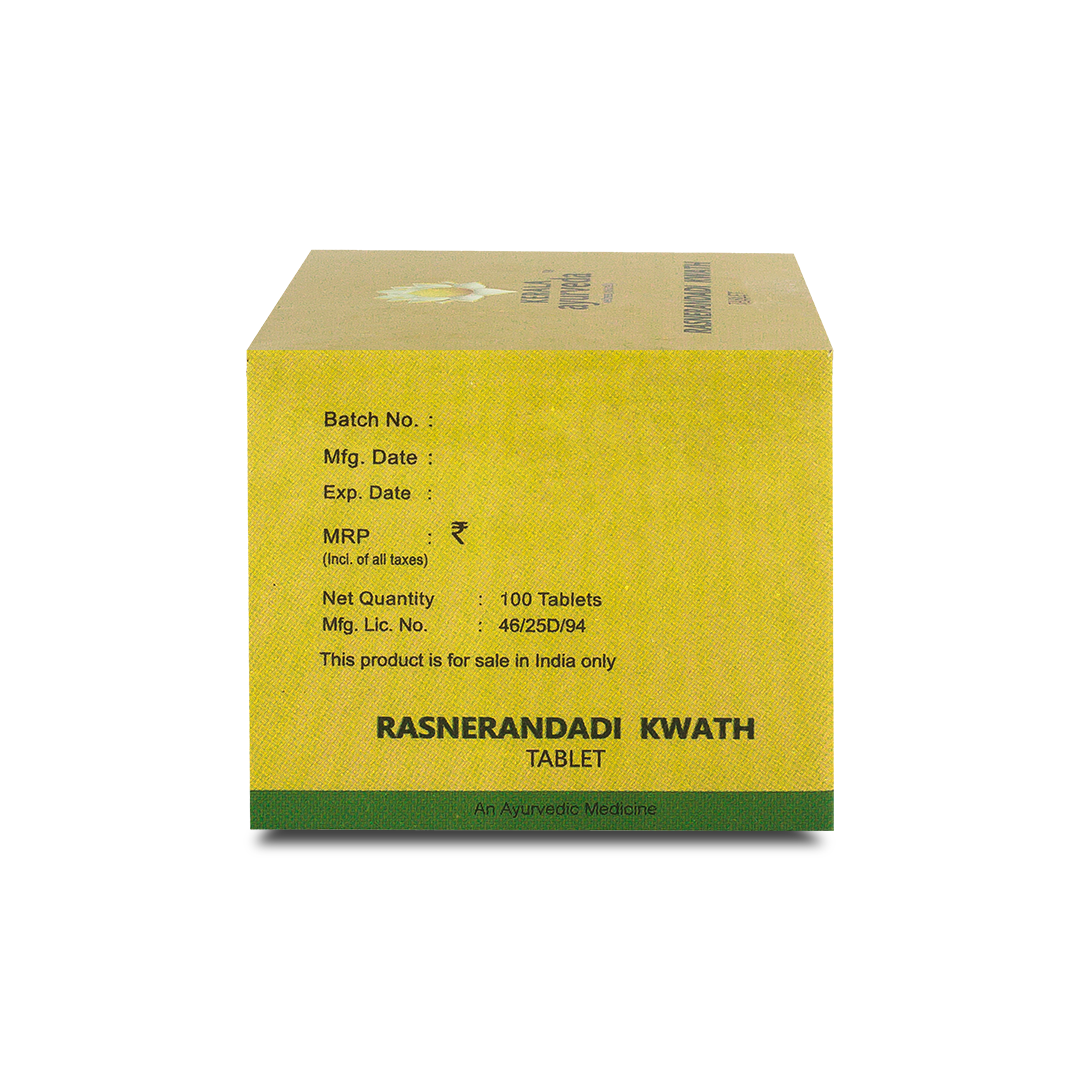 Rasnerandadi Kwath is a poly-herbal Ayurvedic formulation containing key ingredients that are known to be used in the preparation of ayurvedic rheumatoid arthritis medicine and arthritis medication. Specific Ayurvedic kashayams are widely known to be useful in the treatment of inflammation, pain, gout, backache, pain due to injury and similar discomforts.

Rasna plant is used in many Ayurvedic medicines to help with inflammation, bronchitis, asthma, cough, indigestion, piles, joint pain, obesity, and diabetes. The paste of the leaf is also applied externally to reduce swelling.

An Ayurvedic perspective to Arthritis

Since arthritis is caused due to vata aggravation, the main aim of Ayurvedic treatment for arthritis is to balance and stabilize vata in the body. This can be done by strengthening the alimentary canal and the metabolic pathway. This ensures that the circulatory channels are not blocked by impurities and are open and performing well, and that nourishment is delivered to joints.

The qualities of Vata, and this particular type of Ama, have a catabolic/drying effect that causes deterioration of the soft tissues in the joints and eventually the bones. At the same time, Ama can block the channels, supplying nutrients to the joints causing further malnutrition. The deterioration and subsequent irritation in the joint causes inflammation, stiffness, swelling and pain.

In Ayurveda, rheumatoid arthritis is seen as a disease of toxic accumulation and immune malfunction. In the case of rheumatoid arthritis, there is a very high level of accumulated Ama and in many cases, a considerable amount of excess heat (or Pitta). This Ama, combined with aggravated Vata and Pitta moves into the channels of the body and begins to affect Ojas. This causes Ojas to become depleted and its qualities are changed. At the same time Ama blocks the channels and prevents the production of Ojas, depleting it further.

This is the basis of an autoimmune-disease. Ojas begins to function incorrectly and, along with Ama, causes the inflammatory responses, swelling and pain that we recognize as rheumatoid arthritis.

Arthritis is a disorder that is characterized by inflammation of the joints. This disorder usually develops after the age of 65; however, it does not mean that people from other age groups aren’t at any risk whatsoever Arthritis is a word taken from Greek, and literally means ‘Joint-Inflammation’. This inflammation can affect one or more joints, depending on the type of arthritis and the chronic nature or severity of the condition.

There are many types of arthritis, including:

The cartilage is a flexible connective tissue present in your joints. Its function is to cushion the joints from pressure and shock. Any drop in the amounts of cartilage present leaves one immensely prone to arthritis. While on one hand, osteoarthritis is generally caused by normal wear and tear of the joints, rheumatoid arthritis is caused by the immune system erroneously attacking the healthy cells of the joint.

The most common complaint when it comes to arthritis is pain, swelling and stiffness in the joints. Often pain or stiffness can be mild to begin with causing people to ignore it however when the symptoms get generally worse, then the underlying problem becomes much harder to treat.