Manibhadra lehyam is a polyherbal Ayurvedic paste or jam preparation, made in a delicious base of jaggery infused with potent herbs. It is used to manage a variety of conditions like skin diseases, respiratory ailments, abdominal distention, and disorders of the spleen. It is a safe herbal laxative and helps in easy elimination while cleansing the body of accumulated metabolic wastes. Being a safe purgative, it is traditionally used in relieving constipation and easing symptoms of piles like itching, hard stools, and pain. Because of its ability to balance vitiated Kapha dosha, it clears mucus from the airway and is used in managing asthma, cough and shortness of breath. It is very effective in skin ailments such as boils, itchiness, and scabies. Made with a blend of superior herbs such as Amla and Haritaki that have proven health benefits and Vidanga that helps in fighting intestinal worms, this herbal jam is a boon for those who suffer from frequent bouts of abdominal discomforts.

The benefits of this Ayurvedic medicine include:

The main ingredients in Manibhadram are:

Melanin is the pigment that provides skin its appearance and color. The absence of melanin over the skin leads to colorless white spots which are termed Vitiligo or Leukoderma. The whitening of the skin happens due to the destruction of melanin-producing cells and is also called piebald skin or acquired leukoderma.

Vitiligo is a condition in which pigments, produced by cells called melanocytes (specialized cells located in the skin) are lost from areas of the skin, causing whitish, smooth patches.

Hair that grows in these areas may also be affected, turning white as well. Vitiligo is neither dangerous nor contagious.

Vitiligo is more common in individuals with certain autoimmune diseases. An autoimmune disorder is any of a number of conditions in which an individual’s immune system reacts against the body's own organs or tissues, producing antibodies.

The location and prevalence of symptoms vary depending on which type of vitiligo an individual has. The main types are:

This is the most common type of vitiligo where the patches are visible on both sides of an individual’s body and are typically symmetrical. The spots are most commonly found in areas exposed to the sun or on skin subjected to pressure, friction, or trauma.

When an individual has this form of vitiligo, which is much less common than non-segmental vitiligo, it affects only one segment of skin and tends to stop growing once the initial patch is established.

For individuals experiencing this condition, there is a combination of both segmental and non-segmental vitiligo.

This type of vitiligo is characterized by a few white patches on the trunk and scalp, and it is often found in dark-skinned people.

The primary symptom of vitiligo is a loss of pigment that occurs in patches on any area of the body. Other symptoms can include:

Vitiligo belongs to a group of autoimmune diseases, in which the body's immune system attacks its own tissue or cells, in this case, the melanocytes. There is no clear-cut reason why the melanocytes die, but genetics are thought to play a role. Apart from which, vitiligo is associated with:

Some individuals are predisposed to vitiligo, especially those how have experienced the below stressors:

According to this science, there are three primary life forces or energies formed by the combination of the five elements. These three energies are known as Doshas and are classified as Vata, Pitta, and Kapha. When all these elements are in a state of balance, an individual is said to be in perfect health - mentally and physically. Imbalance leads to diseases and illnesses.

Shwitra or Shwet-Kushtha can be co-related with the skin disease ‘vitiligo’ also known as Leukoderma.  According to Ayurveda, the skin is one of the most essential sense of organs. In Ayurveda, Vitiligo or Shwitra is a Tridoshaj, which means that it is caused by a vitiation of all three doshas together. The Pitta dosha has the greatest imbalance. Pitta is of five types, one of them being the Bhrajak Pitta which is responsible for the coloration of the skin. Vata and bhrajaka pitta reside in the skin and since the skin covers the entire body, both need to be maintained at a proper state. An imbalance in Vata and bhrajaka pitta can lead to skin diseases.

Switra can be classified into the following types:

According to Ayurveda, below are some of the causes of leukoderma: 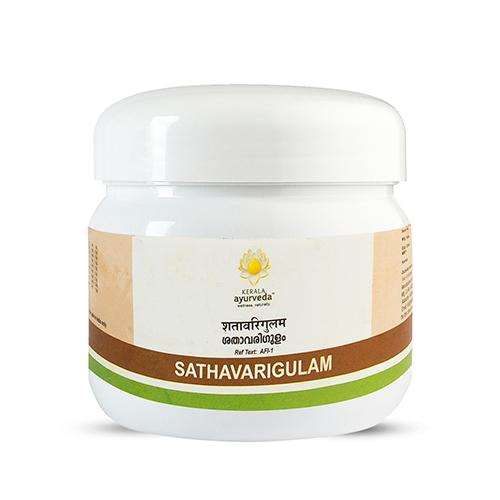 For Stomach Aches and Food Poisoning