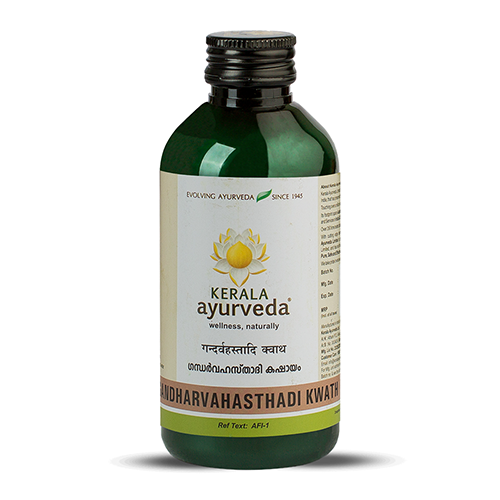 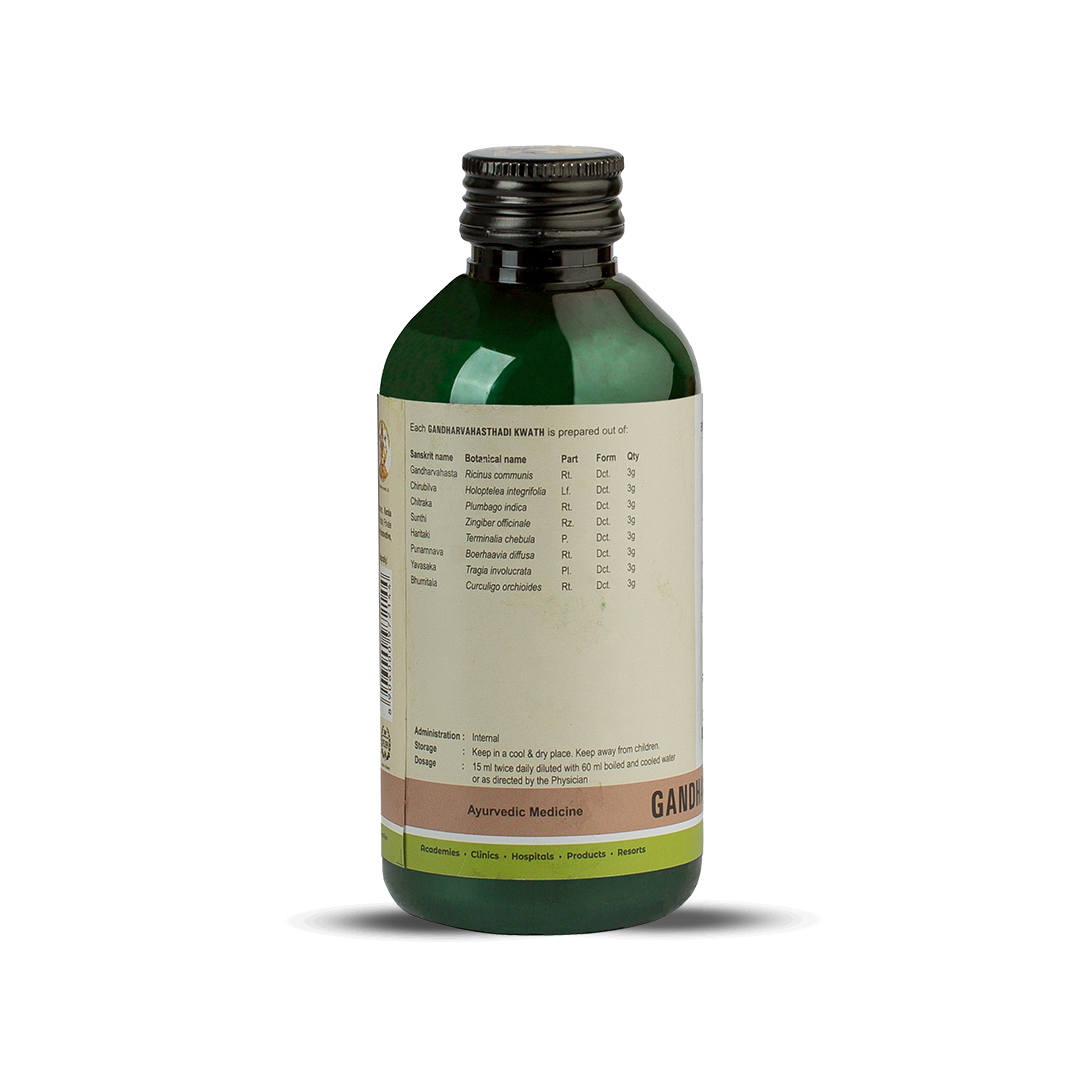 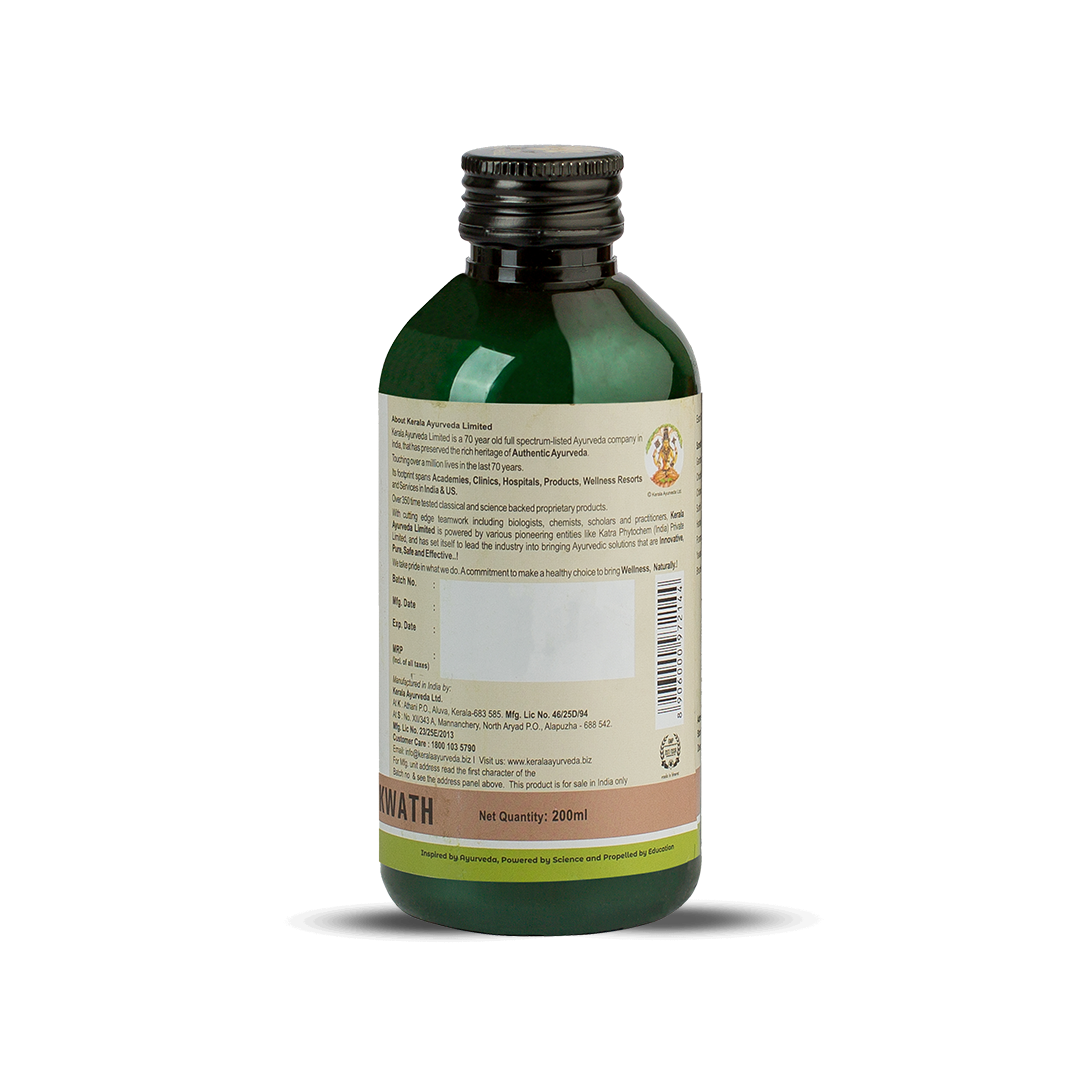 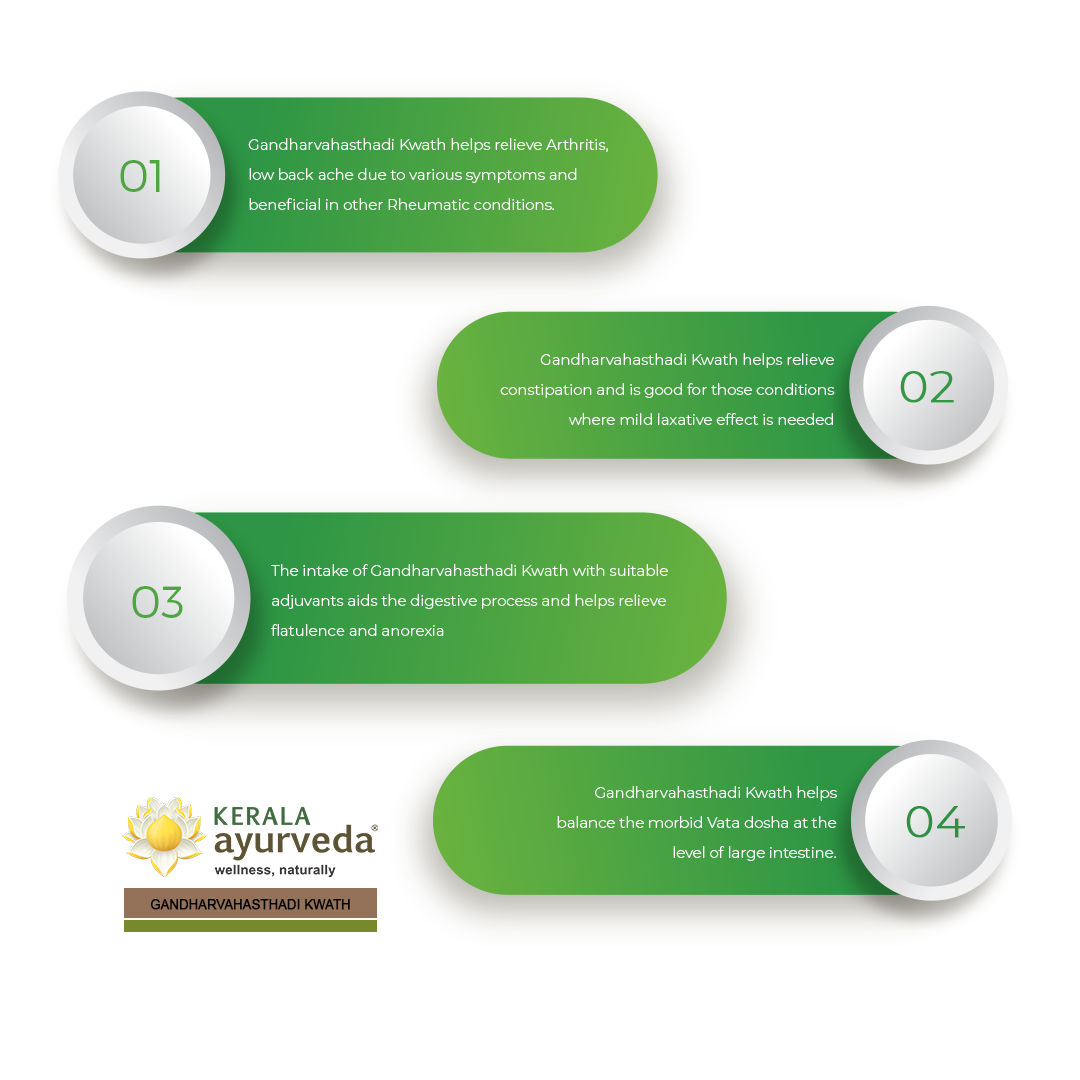 It is well-known that Vata Pitta and Kapha are the three doshas in Ayurveda, which if imbalanced can cause disease. The Ayurveda Vata Pitta Kapha dosha imbalance can affect any part of the body causing diseases. The Vata dosha is associated with movement and any imbalance in Vata can cause problems like flatulence, gas, and other digestive related problems.

This Kwath has carminative properties that can ease stomach and digestive related problems. It is a Vata dosha treatment that helps restore normal digestion and solves all Vata-related disorders.

Gandharvahasthadi Kwath has the following ingredients:

The food we eat is digested and during the process of digestion, gas is produced in the body. The bacteria in the stomach breaks down the food we eat and creates gases like methane, carbon dioxide, and hydrogen. These gases are waste products and are eliminated by the body. One way the body eliminates it is through the anus by passing gas. This is known as flatulence. This is a normal process and everyone’s stomach produces gas and releases it. The problem is when a person releases gas for more than ten times a day or releases a gas that smells awful, then there could be a problem. Improper digestion can lead to excess gas being released.

Flatulence by itself is not a problem. It is a normal thing. The problem is when gas is released in excess or it has a foul smell. There are different reasons for this, like:

Flatulence is a Vata disorder, as per Ayurveda. Vata is one of the three doshas in the body. When this dosha is imbalanced, it can lead to the weakening of Agni, the digestive fire. This leads to the production of toxins in the body called ama.

The Samana Vata is a form of Vata that is responsible for the production of excess gas. Flatulence is attributed mainly to an improper diet. Some of the causes of flatulence as per Ayurveda include:

As per Ayurveda, certain foods are not compatible with each other, like milk and fruit. This combination of food can upset digestion causing flatulence.

This kind of poor diet is referred to as Vatprakopara ahara vihara. This leads to agni dushti or weakening of digestive fire, which leads to gas formation.

While taking ayurvedic medicine for Vata dosha can be helpful, correcting the diet is very important to solve the problem of flatulence. When foods that cause gas like lentils and beans are consumed, it can be cooked with spices to ensure that bloating is prevented. Black pepper, ginger, jaggery, cumin, coriander, fennel, garlic, asafetida, and lemon juice can be used while cooking to reduce gas. These spices are ayurvedic medicines by themselves, which help to improve digestion and improve the working of the Agni.

There are other treatments in Ayurveda to treat flatulence and associated problems. These include: