Celebrate your Menopause in style! 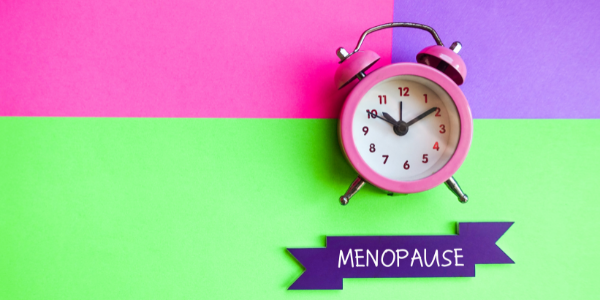 The transition a woman undergoes in her life is bewildering, and the impact that these changes create in her body and psyche is prodigious, yet indispensable. One such massive and natural transit a woman encounters is Menopause.

Menopause is a crucial period in any woman’s life, which is marked by a permanent cessation of menstrual cycle, and it is mostly seen to occur between the age of 45 to 55. It is a natural process which is affirmed by the medical professionals, after a period of absence of the cycle for a duration of almost a year is ascertained. It is an innate decline in the reproductive hormones of women that may bring relief from the monthly period, but also opens the door to an extensive list of physical and emotional issues.

The word is derived from the greek words ‘men’ (MONTH) and ‘pausis’ (PAUSE) and thus the word menopause literally brings out the meaning ‘ end of monthly cycles.’
Though menopause is specifically seen in human females, there are mentions of this process having been seen in certain animals, and that most of these animals do not have monthly menstrual cycles renders this a bizarre status. Short-finned pilot whales and killer whales being the only mammals other than humans to experience this phenomenon, some fish, birds and invertebrates are also seen to survive this intense phase. There is yet another information that has been found in a recent review on primate species, which surmises that humans are the only primates that don't die within a few years of onset of this ‘reproductive atrophy’.

Ranging from 45 to 55 on an average, a median age of 49 has been prevalently acclaimed as the age at which most women reach the phase when they experience their last menstrual period.

In women who have anomalies like autoimmune diseases, thyroid malfunctioning, diabetes mellitus, and in those who undergo chemotherapy, sometimes the luteinizing hormone (LH), and follicle-stimulating hormone (FSH) are supposed to be seen on a rise, which is presumably a reason for commencement of early menopause.

Women who combat morbidities like endometriosis, polycystic ovary syndrome (PCOD) and so on, resulting from a dysfunctional reproductive system, are also speculated to be prone to manifest pre onset of menopause.

Women in whom menopause does not evince naturally, but because of a surgical invasion such as by bilateral oophorectomy (removal of ovaries), and uterus removal, are said to undergo ‘surgical menopause’. The fluctuations in hormonal levels caused by the sudden stoppage of the menstrual period may cause agonising withdrawal symptoms, such as hot flashes, night sweats and concurrent vaginal dryness, insomnia and so on.

The period of a woman’s life shortly before the manifestation of menopause when the body prepares her to confront menopause is the perimenopause, also called menopausal transition. Here are some symptoms associated with perimenopause-

Coping with the symptoms

As you go through menopause, it is fairly common to feel down, and stressed at times. The fluctuating hormones can leave you confused and it is ok to seek help if you don't know how to calm down your chaotic hormonal levels. Along with a lot of support from the family and self care, here are some ways to deal with your menopause blues-

Ayurvedic ways to deal with Menopause

Panchakarma procedures like vasti (enema), virechana (purgation), and nasya (nasal instillation of medicated ghee) are useful in dwindling the symptoms of menopause. ‘Sapthasaram Kwath’ can help curb excessive bleeding. Chandanasavam helps with hot flashes and UTIs because of vaginal dryness. Other coolants like shatavari(Asparagus racemosus), brahmi (Bacopa monnieri) and chandana (Santalum album) also show proven effects in controlling the symptoms. Asokarishtam is another formulation that helps reduce many menopausal symptoms. Shatavari gulam is hailed as the natural HRT (Hormonal replacement therapy), as it helps women cope with mood swings, vaginal dryness and other hormonal fluctuations associated with Menopause. In case you are facing increased hairfall or hair thinning, Kerala Ayurveda Neelibringadi keram, can be of immense help- not only does it improve hair strength, but it also helps maintain natural hair colour. Kerala Ayurveda Menovin helps to balance the hormonal fluctuations that cause most of the symptoms associated with perimenopause. It plays a conspicuous role in subsiding hot flashes and other symptoms related by sustaining the oestrogen levels under control.

The thought of menopause usually reminds us of all the unwelcoming signs- hot flashes, emotional turbulences, and so on, but menopause can also have many positive impacts- stay in the moment, focus on yourself and have a optimistic attitude; to make menopause a welcome change. As for your menopausal issues, supportive friends and family, and the right health supplements can help you embark on this major transition in a smooth manner. So let us celebrate menopause!