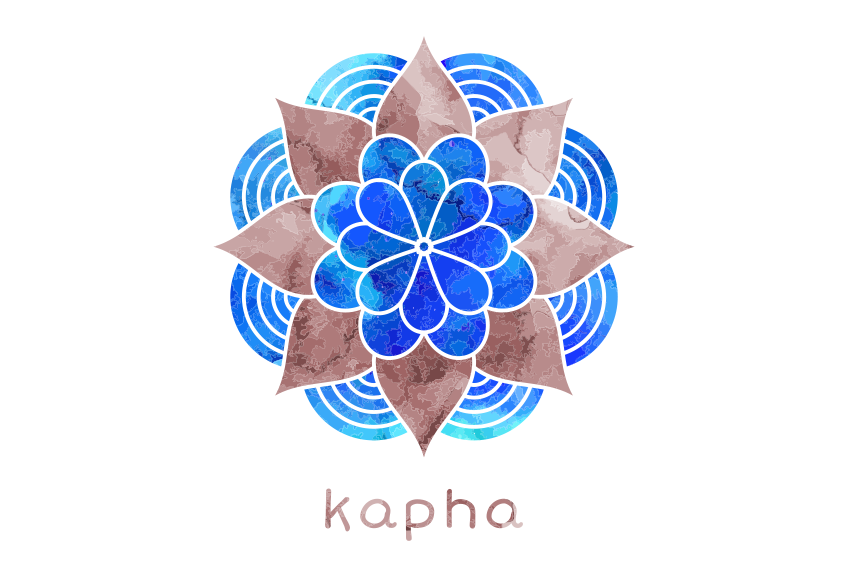 Ayurveda offers a holistic treatise on the physical, psychological and emotional well being of an individual. It understands the world and human beings as being made of five elements : Prithvi (earth), Tejas (fire), Jala (water), Vayu (air), and Aakash (space). A unique combination of these elements gives rise to what is called a Dosha, or humour. The three doshas are Vata, Pitta and Kapha dosha. Each individual embodies a unique combination of all of these doshas, wherein one dosha dominates, or is predominantly larger in quantity. As each dosha has its own special characteristics, one can easily determine which dosha an individual predominantly embodies. Once the chief dosha is determined, an individual can go on to follow the most suitable lifestyle including diet and daily activities to maintain their overall well being. Interestingly, your prime dosha can give insights into body type, character, emotional qualities and psychological characteristics as well, and is often used to categorise personality. The following will give a detailed insight into Kapha dosha.

What is Kapha Dosha in Ayurveda: Kapha Meaning

The main combination of elements to make up Kapha dosha is that of water and earth. It channels the characteristics of both these elements into itself : the stability, steadiness and firmness of the earth, along with the free movement, lubrication and coolness of water. It is known for holding everything together.

The frame of the Kapha body is usually large. It appears to be compact and well developed, with rounded joints and a big, strong bone structure. The kapha body has a tendency to gain weight easily. The core of kapha lies in the chest area, lungs and throat. People with this dosha have lustrous and oily skin, which is fair and cool, owing to the properties of the water element. Kapha hair is usually strong, coarse and curly. They have deep set, dark eyes.

People with a predominant Kapha dosha are compassionate and calm. They are grounded and rooted, with a sense of stability about them owing to their earthy composition. At the same time, they are composed individuals, who are difficult to aggravate, as they embody the coolness of their water element. Even though these individuals are not afraid of hard work, they tend to avoid it when they can and are easygoing, laidback individuals who can often give into laziness and lethargy. As they are easily content and also given to rootedness in a particular place, they tend to rarely give into changes unless faced with extreme turmoil or necessity. Because of their easygoing and empathetic natures, they are able to deal with people efficiently, are easily likeable and can form deep and lasting emotional connections in the social world. They are rarely ever selfish, and may often ignore their needs to accommodate other people. Kapha individuals are at their core, loving and giving, and the kapha mind is calm and steady.

Most of the time the kapha dosha symptoms look like those of a common cold : there is an excessive production of mucus, which results in nasal congestion and also troubles in the chest and lungs. This can manifest in the form of seasonal allergies too. An imbalance kapha also takes the form of digestive issues, which lead to a sluggish and slow stomach, resulting in a pit-like heaviness in the stomach. There can be different causes leading to a kapha imbalance. The most common ones are food related. Consuming oily and sticky foods which are not warm or nourishing enough trigger an imbalance. Not enough exercise only aggravates an imbalance caused by unhealthy consumption of food. People with a predominant kapha tend to overeat and depend on overindulgence in times of emotional turmoil, and are susceptible to food related complications leading to weight gain. An overall heaviness sets in.

On an emotional level, a kapha imbalance gives rise to feelings of sadness and dissatisfaction, which can be commonly triggered by a sedentary and slow lifestyle. Lethargy is a common symptom, and an unwillingness to do things and an inability to focus are sure-shot signs of emotional turbulence due to an imbalance.

How to undo a Kapha imbalance?

Luckily, Ayurveda offers myriad ways to treat an imbalance which not only ensures a disease free life but also a fulfilling one, which honours the composition of elements in one’s body and caters to all needs unique to an individual. An all round holistic solution can be adopted by following the right diet and lifestyle.

The key to having a well balanced Kapha is to neutralise the inherent nature and properties of kapha by having foods that hold values and properties opposite to it. Kapha has a heaviness to it, has a cooling effect, and is smooth and oily. Improving your diet may work as a kapha dosha treatment.

Kapha foods are light and can counter the heaviness of kapha, and those having warmth and dryness to them help neutralise the oil present. In a nutshell, the ideal Kapha diet would help pacify the kapha, by being warm, light and well spiced with an acidic component. The foods that a kapha individual incorporates in their diet can be useful in managing weight gain, and can propel one onto the path of weight loss, as kapha individuals tend to overeat during times of imbalance and may seek treatment for weight loss.

Following are some enriching foods to add for a Kapha diet:

To be categorised as “light”, foods should be lightweight as well as have lesser density. A moderate helping of fruits does the trick. Light fruits include apricots, all kinds of berries, apples, watermelons, and pears. Textured fruits like oranges and bananas on the other hand can cause more harm than good, and must be avoided along with pineapples and coconuts. Different kinds of teas, for example black and green, can be beneficial, as they are light in nature.

The warmth of food has got to do with the temperature of the food being consumed, as well as its inherent heating properties. Spices can generate heat easily, and thus find a popular spot in kapha foods. Most spices are naturally heated and do well to neutralise the cool nature of kapha. Avoiding cold water, chilled beverages and frozen foods can go a long way. Having water at room temperature is preferable, and it is even better to sip warm water throughout the day, which can keep the body warm and ensure easy flow and management of excessive mucus. Tea, again, is beneficial as it is taken when warm. Adding spices like cardamom and cinnamon can enrich the heating properties of tea. Honey, too, is naturally warming and a dash of it can be added to daily intake of warm water and tea.

As kapha already leads to a lot of moisture and oil production, foods which are dry are required to help counter all the moisture, and to prevent an addition of more oil. Thus all food should be cooked with minimal oil or ghee. Extremely drying foods like beans and dry fruits are beneficial. Grains are a value addition to the diet, they can be used in a variety of ways - as seeds, or ground to make bread. Dry fruits also have a heating tendency, which is the reason why they are popular mostly during the winter season. Avoiding oily and fatty foods like cheese, excessive milk based products, buttermilk and coconuts is a must. Wheat must be minimised too, as much as possible. Fruits and vegetables which have a high water content do not do well for kapha, and must be eaten in moderation.

Eating smooth foods, fruits and vegetables can easily aggravate the kapha because of its already smooth quality. On the other hand, consuming roughage and fiber in any form agrees with kapha, and triggers a positive, balanced response. Fiber is obtained mostly through plant based foods which the body finds unable to break down into simpler forms. This fiber or roughage effectively scrapes off the excessive mucus that is secreted in kapha individuals, as well as helps in clearing and detoxifying stagnant water. Roughage can be consumed through a variety of sources. Cereals like oatmeal and bran flakes can make for a healthy, fiber rich breakfast. Dried fruits like plum, dates, apricots and raisins can be incorporated in between meals, as can certain fruits in moderation, like oranges and strawberries. For main meals, vegetables like spinach, broccoli and carrots are ideal, and legumes including lentils and kidney beans make for great roughage. Replacing white rice with brown rice once in a while, along with barley and wheat bran can help balance the kapha.

In a nutshell : Which foods to avoid

To prevent aggravation of kapha, avoiding sweet foods is advisable. Sweet foods can provoke the kapha, as they are heavy and oily, and inherently moist. This implies not just to foods containing refined sugar and processed products, but naturally sweet tasting foods like root vegetables and nuts. Sweet foods not only trigger a physiological imbalance in the kapha but also cause lethargy and excessive sleep, leading to lack of motivation. Foods containing a very high moisture level should be taken with a lot of caution as well. Very sour fruits and foods, as well as those that are cooked in excess oil, and high in protein must be avoided.

Here are a few simple recipes that one can use in order to prepare meals rich in substances that balance the kapha dosha and trigger health and overall well being. The recipes below use spices like cardamom, cinnamon, cloves and others, which offer the kapha body much needed heat and spice. Other than that, they are convenient to make, and can be eaten for most meals.

Q. Why does Kapha increase in the body?

There can be multiple reasons for the aggravation of Kapha. An imbalanced diet which contains a lot of oily, fatty, cooling and processed foods which are inherently sweet to taste can trigger an imbalance, as there is nothing to neutralise the properties of Kapha. Other than diet, some lifestyle components can also be responsible. Being lethargic and lazy, having a turbulent sleep schedule and not exercising enough can aggravate the Kapha. There could also be natural causes, like changing seasons, as well as the time of day, which all doshas are sensitive to. Heredity plays a major role in predisposing an individual to possible imbalance too.

Q. How much sleep does a Kapha individual need?

Everyone, irrespective of their dominant dosha needs seven to eight hours of healthy sleep. It is true that a Kapha individual is prone to sleepiness, a healthy lifestyle with a solid sleep schedule and optimum exercise can help maintain energy levels. It is best for these individuals to wake up before sunrise. Exercising after waking up and in the evening is most beneficial, as these are the times of the day when kapha dosha is most active.

Triphala is a Tridoshic Rasayana, which means that it is a combination of herbs that helps balance the composition of all three doshas. Haritaki, Bibhitaki and Amalaki are rich in antioxidants and Vitamin C, which treat a number of physical issues as well as promote psychological well being. For any kind of doshic imbalance, Triphala can be consumed to strike a balance.

Q. What is the Kapha season?

Ayurveda recognises the winter season as the kapha season. This season personifies all the qualities of kapha, which are coldness, dampness, sluggishness and lethargy. As a result, all the activities including diet and lifestyle components which help balance the kapha dosha are equally useful and effective in winters to provide relief.