According to ‘Chaandogyopanishad’ the lifespan of an individual is 116yrs. In the present era the lifespan of the person is decreasing due to changes in lifestyle. Rejuvenating drugs (Rasaayana) that act on multi-level axes (psycho-somatic) thus attain prime importance in the current scenario. 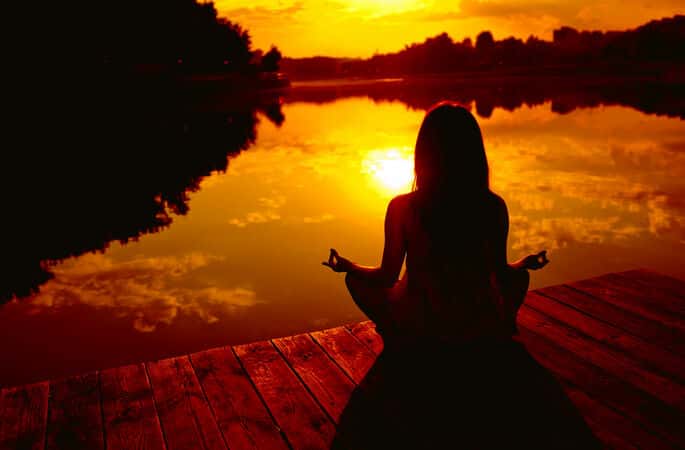 Old age, one of the three phases starts at the end of 64yrs. According to Susruta-samhitaa the old age is after 70 years. In the present era, the lifespan of the person is decreasing due to the changes in lifestyle. Rejuvenating drugs (rasaayana) that act on multi-level axes (psycho-somatic) thus attain prime importance in the current scenario.

The hut for isolating the patient is constructed as three concentric structures. This reminds us of Hindu temples. The patient is admitted in the centre hut which is similar to the sanctum sanctorum of the temple. The building encircling the central hut lodges the physician and the attendants. Medicines and instruments are also kept in this building. The outermost building is intended for preparing medicines and food. All external agencies are permitted only up to the outer building.

The process of ageing is gradual as the accumulation (samcaya) of waste forms of (mala-roopa) pitta and kapha is a gradual phenomenon. The psychic factor plays a vital role in controlling this process. The persons having intense grief, anger, stress etc are more quickly prone to ageing process. If we minimize the impurities of the mind by purification methods like yoga, meditation, yogic breathing exercises (pranayama) etc., the speed of ageing can be delayed. Thus for tackling the phenomenon of ageing two goals should be achieved.
1. The waste forms of pitta and kapha should be eliminated and the tissues should be nourished for the formation of excellent tissues (prasasta-dhaatu).
2. Pacification of the mind which act as a catalyst for the process of ageing. In Saarngadhara-samhitaa it is stated that rejuvenation is that which destroys ageing and diseases due to ageing. “rasaayanam ca tat jnjeyam yat jaraa vyadhinaasanam.” Thus it is imperative that rejuvenation medicines have a role in the management of ageing and age-related disorders.

Method of Purification prior to Rejuvenation Therapy:

Purification therapy (sodhana-cikitsaa) is a must prior to the administration of rejuvenating drugs. Otherwise it will be like dyeing an impure cloth. Preferably purgation (virecana) is advised in various degrees (mild or stong) according to the strength (bala) of the subject. A medicinal powder is prescribed by classics for the purpose. The ingredients are: -
Chebulic myrobalan (hareetakee – Terminalia chebula), Sweet flag (vacaa – Acorus calamus), Indian gooseberry (aamalakee – Phyllanthus emblica = Emblica officinalis), Turmeric (haridraa – Curcuma longa), Dry ginger (sunthee – Zingiber officinale), Long pepper (pippalee – Piper longum), Rock salt (saindhava lavana – Sodium chloras impua), Jaggary (guda). This powder is to be consumed with warm water and the dose should be prescribed according to the strength of digestive power (agni-bala) of the subject. In essence, the formulation is purgative and will help to eliminate the waste forms of pitta and kapha that have accumulated through time as a result of tissue metabolism.

Rejuvenation as a Preventive Measure for Ageing:

Notes: shaashtika is a special type of rice. This rice may be cooked with milk and consumed.

Pepperization is done by administering long pepper in increasing doses to a maximum and then tapering off the dose to the starting point. The dose starts with 10 fruits of long pepper. This is increased by ten fruits every day till the tenth day. Then it is decreased in the same order. Black gram etc. – Black gram (maasha), long-leaved barleria (ikshura = Hygrophylla auriculata = Asteracantha longifolia), land-caltrops (svadamshtraa = Tribulus terrestris), cowhage (aatmaguptaa = Mucuna pruriens = M. purita) and wild asparagus (Shatavari = Asparagus racemosus)

Rejuvenation therapy is not geriatrics. Geriatrics is concerned with the diseases of old age. But rejuvenation is to be employed well before old age, in childhood or youth. Moreover, for effecting intense rejuvenation the subject should be able to withstand the hardship of the treatment procedures. Usually aging is considered to be affected by vaata. Here the author presents a new theory that aging is basically caused by kapha and pitta in their waste form.

In old age there will be marked reduction of cellular metabolism, decreased immunity power, general weakness etc. The Psycho-Neuro-Immuno-endocrine axis (P.N.I axis) of the human body will get altered. The above mentioned rejuvenation drugs are more potent for managing these abnormalities by enhancing the PNI axis of the body. There will be exclusive nourishment to the body fluid (rasa-dhaatu) which in turn leads to other clarified tissues (prasaada-dhaatu) formation. The sluggishness of tissue fire (dhaatvagni maandya) also will be corrected by these drugs The purification therapy prior to the administration of rejuvenating drugs will help to eliminate the waste forms of pitta and kapha to a marked extent. Thus rejuvenation therapy will help to manage the old age crisis by the following ways.

1. By nourishing the body fluid (rasa-dhaatu)
2. By rectifying the weakness of tissue fire (dhaatvagni-maandya)
3. By eliminating and alleviating the waste forms of pitta and kapha.