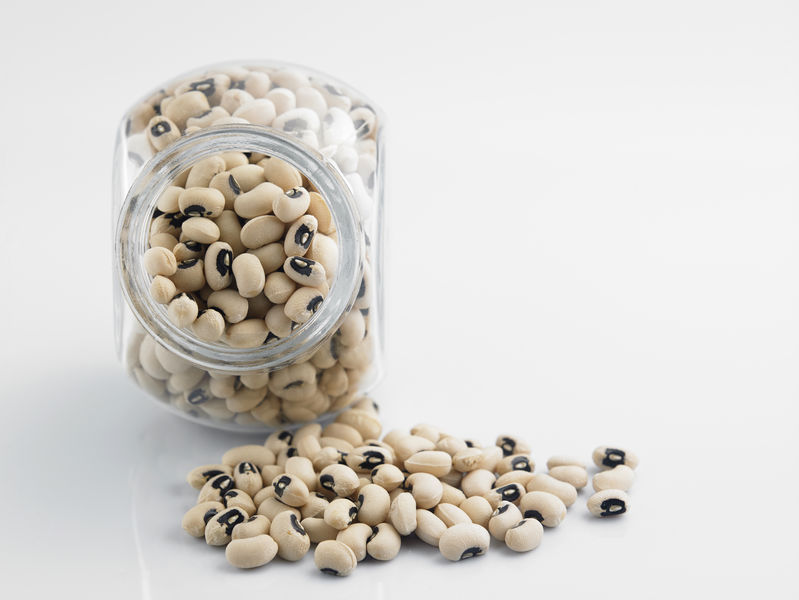 Ayurveda: the science of life, is an Upaveda of Atharva Veda and some historians claim it to be the fifth Veda. Being one of the world’s oldest medical science with a glorious history dating more than 5000 years, Ayurveda continues to retain its respect and prominence, in the modern world as well and is recognized by the World Health Organization (WHO).

One of the main principles of Ayurveda is that a diet that is holistic and in accordance with our body constitution, is an essential factor in maintaining good health and a better immune system. Ayurveda is a firm believer that proper food and nutrition are responsible for various aspects of health and temperament.

Food grains are categorized in great details in ancient Ayurvedic texts according to their properties and effects on the body, so as to choose what is best for the body in different health conditions in accordance to one’s body constitution and seasonal variations. One such commonly used indigenous legume -white Cowpea, also known as Rajamasha is frequently mentioned in Ayurvedic texts for its numerous benefits.

Importance and History of Rajamasha

Cowpea is thought to have been originated in Africa and is in cultivation since Neolithic times. It reached India more than 2000 years back. Careful and intensive human selection has given rise to two cultigroups, thus making India the center of cowpea diversity. Found in the excavations of Harappa, cowpea is mentioned in various ancient texts like Ain-i-Akbari and Jain literature.

Often referred to as “poor man’s meat” because of its high protein content, Rajamasha is praised in Ayurvedic classics and should be included in our everyday diet, owing to its immense health benefits. Rich in antioxidants, folate, and iron, with negligible fat content, Rajamasha is a healthy and delicious substitute for people who want to maintain a healthy plant-based diet.

Cowpea is an annual herbaceous legume usually grown as an intercrop. Suitable both as animal fodder and food crop, it is found in warm temperate and tropical zones. It has a symbiotic relationship with soil bacteria which grows on the root nodules; it fixes atmospheric nitrogen into the soil which is in turn utilized by the plant. The young seed pods are used as vegetables, dried seeds used as legumes and the leaves are also consumed. Leaf and young shoots of cowpea are rich in calcium, phosphorus and Vitamin B.

Rajamasha (Vigna unguiculata) is classified under simbi dhanya (pulses) in Ayurvedic classics. It is considered dry, heavy, one that vitiates vata dosha and is a potent laxative. It increases appetite and alleviates kapha dosha and acid dyspepsia. It is astringent and non-slimy. It is a diuretic and maintains proper digestion, is a cardiac tonic and absorbent in nature. Bhavamishra has mentioned three kinds of cowpea, white, red and black. He has described it as highly nutritious, capable of increasing milk production and that the larger beans are more suitable for consumption than the smaller variety.

Cowpeas is a bountiful source of protein, vitamins, and minerals, making it one of the most pocket-friendly superfoods. Also used as cattle fodder because of which it earned its typical name, it has numerous benefits: from aiding in weight loss to boosting the immune system, it is an essential part of the diet in many parts of India.

Cowpeas are highly vulnerable to pests which result in decreased productivity. The only way out to increase profits is the extensive use of chemical pesticides and insecticides. This increases production, but what we get to consume is pesticide laden food, which will only do more harm than good. Kerala Ayurveda Organic White Cowpea is collected from certified organic farmers, who use natural pesticides to tackle pests, thereby reducing the harm done by chemical pesticides and insecticides. This ensures that what you eat is pure and pristine, full of only goodness, just the way nature made it!