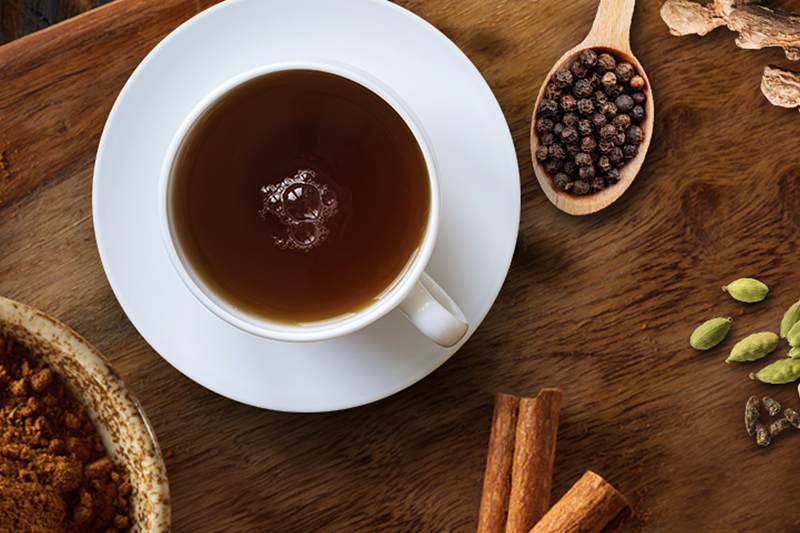 Ayurveda is an ancient science that has gained prominence over the years for its effective use of naturally occurring substances like herbs and plants.
Ayurvedic medications and supplements are made from a variety of herbs that have proven to be effective for several disorders and deficiencies. The treatment process that Ayurveda uses is another additional benefit. Instead of addressing only the symptom and treating it temporarily, Ayurveda takes a more comprehensive approach. Built on the concept of Doshas (Vata, Pitta, Kapha), Ayurveda gets to the root of any issue and tries to eliminate it completely.
This method of treatment ensures the general wellbeing of individuals. Ayurvedic treatment is not required only when an individual is ill. It is a well-rounded technique that can be followed on a daily basis, depending on the need.
Among the many highly effective supplements Ayurveda boasts of, is the Ayurvedic Kadha or Kashayam. Many people prefer consuming Kadha for immunity. Better immunity is one of the several Kadha benefits that you can avail. Kadha is a liquid remedy usually used to improve the immunity of the body. At times like these, when the world is being subject to new diseases and pandemics, Kadha can come as a real lifesaver. Multiple herbs and spices are made into a decoction using water and used to treat different ailments or just improve the general wellbeing of an individual.
The mix that goes into making the Ayurvedic Kadha consists of numerous water soluble herbs. When mixed with water, the herbs infiltrate the entire mixture. The decoction can easily be absorbed by the intestines and hence make it a very effective supplement.

Once boiled, you can sip the kadha multiple times during the day. You can even store it and then reheat just before consuming it.

If you often fall ill, it means your body’s immunity is low. You can strengthen it with the help of this herbal kadha which has a mix of several Ayurvedic herbs. These pacify the Vata and Kapha, stimulate digestion, increase immunity, and also detox our body. Cardamom and black pepper are helpful in flu and different allergic problems. Cinnamon and ginger also aid digestion, which directly impacts our immunity, as our first line of defense is in the gut.

If individuals find themselves falling sick often, it most often indicates weak immunity. For issues like these, Kadha, with its healthy mix of herbs, is the best solution. Ayurvedic Kadha helps manage the Vata and Kapha levels inside the body, stimulates and regulates digestion, increases immunity vastly, and aids in detoxification. Kadha can be consumed on a daily basis, based on the recommendation of an Ayurvedic practitioner, and is best with warm water. We will look at the ingredients later in this article.

Kadha is made by boiling a mixture of herbs. There is no set pattern for having it and it can be sipped multiple times during the day. It can even be made, stored, and reheated before being consumed.

Here’s the recipe for one serving:

In a pot, add cardamom, cinnamon, dried ginger, and black pepper in water. Boil the content until about 1 cup of the solution is left. If you choose to add honey, add before consuming when liquid is warm but not too hot to drink.

1. What is the best time to drink Kadha?

Ayurvedic Kadha is best to drink during the cold and dry season that gives rise to allergies. It’s a herbal tea to be consumed during the evenings. Don’t consume it in the morning on an empty stomach. It’s a potent remedy to cure a cold and cough and should be taken twice a day. Add the ingredients in the specified amount only since an excess of any ingredient can cause nausea, heartburn, and digestive issues.

2. What are the benefits of drinking Kadha?

This traditional, homemade, aromatic, herbal drink is prepared from several traditional ingredients and Ayurvedic herbs and offers numerous healing properties. It’s loaded with antioxidants and helps treat seasonal flu and a sore throat. Other leading benefits of Kadha include:

3. Which Ayurvedic herb is best for the immune system?

Ayurveda recommends including several herbs and spices in our diet to enhance immunity. These include turmeric, cloves, black pepper, ginger, cinnamon, Tulsi, lemongrass, and organic honey. Most of these ingredients are combined with other organic items to develop various Ayurvedic medicines that treat numerous health conditions.

4. What is the most powerful immune booster?

Ayurvedic Kadha is among the most powerful immune boosters consumed in India since ancient times. It has specific Ayurvedic herbs and spices that make for a potent combination against several infections and health disorders. This powerful herbal drink includes:

5. Can Tulsi be used in Kadha?

In Ayurveda, there’s this potent immune-boosting herbal drink Kadha that packs numerous health benefits. The ingredients of this powerful Ayurvedic drink are known for their natural, organic, and effective nature. There’s yet another version of this drink called the Tulsi ka Kadha. It’s a herbal tea that packs the unique goodness of Tulsi with potent properties of ginger, lemongrass, and other traditional herbs and spices. Tulsi ka Kadha relieves you from cold, cough, and congestion. It can also soothe the digestive system and enhance metabolism.