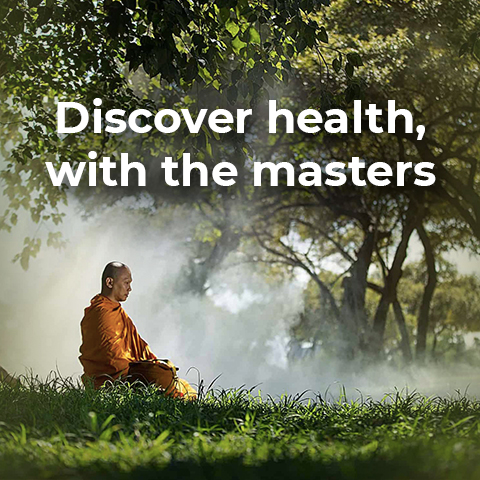 When it comes to the immune system, two words that are most important are antigens and antibodies. To put it simply, antigens are any foreign bodies or toxins that initiate an immune response in the body. Antibodies are proteins produced by the body to fight against these antigens.

Let us just assume our body’s immune system and its response as an interesting drama that plays as long as we live. Now, certainly, it should have some main characters without which the drama never unfolds. White blood cells (WBC), also known as leukocytes are the key factors or main characters that help build and maintain a strong immune system in our body. They circulate through the blood vessels and lymphatic vessels and do a constant patrol every time so that our body is always ready to fight any foreign body.

As the name suggests, these cells engulf and absorb the pathogens, just like that! Remember the terms Neutrophils, Monocytes, Macrophages and Mast cells that you saw in your routine blood check-up reports? Those are different types of phagocytes that play their own specific roles in fighting against pathogens or foreign bodies.

“Forgive the other person, but do not forget their name.” Yes, that is what exactly the lymphocytes do. They will memorize the previously attacked pathogens and instantly recognize when they try to invade our body again. They are of two types too, B lymphocytes and T lymphocytes. While B lymphocytes are hardworking in nature, producing enough antibodies against the antigens, T lymphocytes are a bit more aggressive and concentrate on destroying the compromised cells altogether.

If all of that sounded foreign to you, here’s a layman’s version of what immunity means.

Think of your immune system as a two-tiered defense. The first line of defense, also known as innate immunity, consists of guards that let the good guys in but keep the evil ones out. Innate immunity is characterized by physical barriers in your skin, eyelashes that blink out dirt, nostril hair that filters out pollen and dust. But just as you would expect, sometimes the evil guys manage to get past the first line of defense. But right before they thought they could create menace, the second layer of security takes them by surprise. The second layer of protection is called adaptive immunity or acquired immunity. It identifies pathogens by the type of protein they carry on the surface, and eventually neutralizes them.

Now let’s stop pretending that we are second-graders and understand the specificities associated with innate and adaptive immunity.

What are types of Immunity and how it works

It is really fascinating to know how our body fights against those enemies that try to invade it. Our body holds two types of the immune system – Innate (non-specific) and adaptive (specific) immunity. When there is an exposure to an antigen, these two types of immunity so as to trigger an immune response in the body.

Innate immunity is always the first line of defense and includes the skin, mucus membrane, phagocytes, and natural killer cells. Yes, we all are born with it. But they can only initiate a general response against a foreign body and hence are considered as a non-specific immune system.

Now, what happens if the pathogen/ foreign body is a bit more strong and able to dodge our innate immunity? That is when the adaptive or acquired immunity which is specific in nature, kicks in as the second line of defense. This type of immunity is acquired during our lifetime, either by getting exposed to specific diseases or through vaccines. This is where the lymphocytes play its role. When exposed to an antigen, the B lymphocytes remember the previous exposure, produce antibodies and mark it for the T lymphocytes to kill them. This explains why a person who is once affected by chickenpox has life-long immunity against the same.

In 430 BC, the greatest Historian Thucydides noted during the Peloponnesian war, only those who had recovered from the plague could nurse the sick because they would not contract the disease a second time. Although this is considered as the earliest known reference to immunity, it is quite interesting to note that the 5000-year-old medical system, Ayurveda had elaborately described immunity and prevention of diseases in detail, much before this period.

Concept of BALAM in Ayurveda

The Sanskrit word Balam literally means strength and in the context of health, it denotes the strength of the mind, the body, and its components. In Ayurveda, the term Balam invariably means immunity and the immune system in a normal state.

Acharya Susrutha in the above verse states that Balam is that factor due to which one achieves the stability and nourishment of Mamsa dhatu (muscle tissue), ability to carry out different tasks efficiently, obtain good complexion, clearness, and pleasantness of voice, along with the clear efficient working of sense organs, motor functions, mind, and intellect. How captivating is that the great sage describes the whole concept of immunity in Ayurveda in just one verse and that too very precise and well-defined!

According to Ayurveda, various factors are responsible for the Balam of an individual. Taking this into consideration, Acharya Charaka mentioned 3 types of Balam as follows:

Ayurveda gives great importance to Balam of an individual while dealing with the prevention and treatment of diseases. The assessment of Balam of a person is important in Ayurveda, because the clinical management, including the treatment procedures, diet, and dose of medicines are always decided in due consideration with the Balam of the individual.

Ayurveda is not just science that deals with diseases and their treatment. It is a way of life that describes how to stay healthy and improve longevity. For the same reason, most of the classical texts in Ayurveda dedicates itself to the prevention of diseases, ways to stay healthy and improving immunity, before digging into diseases and its treatment. Acharya Charaka says, “Swasthasya SwasthyaRakshanam”, that is the primary focus of Ayurveda is preserving the health of healthy persons. Now, this gains more importance during this modern era, when we are encountered with new viruses and pathogens on a daily basis and have to survive such odds.

The role of Ayurveda in immune protection cannot be emphasised enough. The preventive measures described in Ayurveda against diseases indirectly results in boosting up the immunity of the individual. So, let us have a close look at what Ayurveda says to boost up the immunity so that it helps prevent diseases and stay healthy.

A proper immune system is a complex yet sophisticated balancing act. Maintaining the equilibrium of doshas and boosting up the immunity by resorting to Ayurveda ensures an optimally functioning immune system, which in turn helps in disease prevention. Love your body in every possible way and experience how it loves you back by maintaining optimal immunity and ensuring freedom from diseases.

How Does Ayurveda improve immunity?

Having good immunity means ensuring all components of your immune system are at their optimum levels. Ayurveda is a traditional medicine system with a special mention of immunity along with various tips on how to improve it to lead a healthy, balanced life. If your blood report shows a low WBC count, you can have an Ayurvedic medicine to increase white blood cells. However, it is important to consult an Ayurvedic practitioner first.

According to a team of Portland medical researchers, taking Ashwagandha with whole cow’s milk can increase WBC count, which in turn, improves immunity. However, if you don’t want to go down that road, Ayurveda recommends other proven ways of building immunity as well.

Your immune system does not function in isolation. Your immunity power depends on your digestive health as well as your state of mind. According to Ayurveda, one must eat the right food at the right time in the right quantity to keep their digestive system in perfect order. Ayurveda also recommends meditation, yoga and other activities that relieve mental stress, which is one of the leading causes of weak immunity.

Which Ayurvedic medicine is best for the immune system?

Imugest Tablets: These tablets contain Ashwagandha and Guduchi as primary ingredients. Both the herbs act as immunity boosters and prevent recurrent bacterial and viral infections. These tablets can help flush out free radicals from your body and ensure all three doshas at their optimum levels.

How can I increase my immunity power naturally?

There’s no better feeling than waking up every morning full of energy and ready to conquer the day. However, in today’s fast-paced world, good health has become a prerogative of a few. With the virus in the air, people are falling sick more often than ever before. And the ones with weak immunity are the soft targets.

While it’s possible to improve your immunity naturally by following certain diet regimens and habits, there’s no magic pill that can make you immune to infections overnight. However, Ayurveda recommends certain ways to enhance immunity naturally.

Immunity and Ayurveda go back a long way. When it comes to boosting immunity, Ayurveda recommends a wide range of herbs that have been proven effective across all age groups. Here are some of the best herbs to help boost your immunity.

You can’t compare apples and oranges, but if you compare Moringa and oranges, you will find out that Moringa is a richer source of Vitamin C, which helps build immunity and keep bacterial infections at bay. You can buy Moringa products online or process raw Moringa into powder or paste form. Moringa also possesses healing properties that help replenish cells and tissues and repair muscle wear and tear. As much as it is a rich source of Vitamin C, people consume Moringa for its high potassium, iron and calcium content as well.

Neem is a revered herb that is widely used in Ayurvedic formulations or consumed raw for its antimicrobial properties. Neem is known to purify the blood and helps with skin conditions like acne. Eating raw neem leaves can also keep your blood sugar levels under control. And most importantly, it is a great immunity booster for individuals of all ages.

Ashwagandha is one of the wonderful herbs with a myriad of benefits. Not only does it improve muscle power, but it also helps lower stress levels. And as you know that stress is detrimental to immunity, Ashwagandha helps strengthen your immune system by neutralizing stress.

Found in every Indian household, turmeric has anti-bacterial and immunity-building properties that are accredited to the special compound present in turmeric, known as curcumin. Consuming curcumin in your meals or with lukewarm milk can fight off pathogens and infections.