Navadhanyam: A healthy mix of 9 grains

Apart from the spiritual and religious importance, intake of Navadhanyam bestows excellent health benefits according to Ayurveda. A unique blend of cereals, lentils, and oilseeds, Navadhanyam is a rich source of Vitamins, minerals, protein, fats, and carbohydrates that support healthy digestion and enhances immunity. 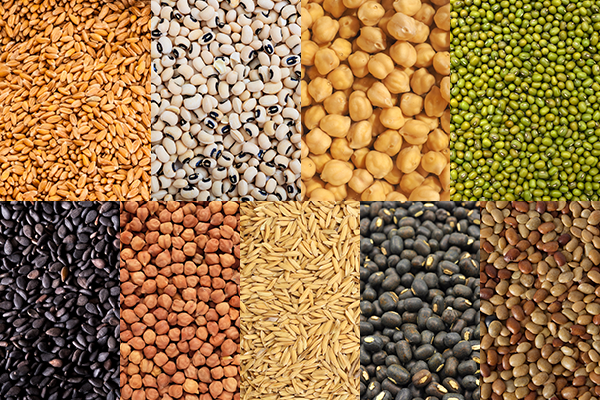 Ayurveda has its foundations laid by the ancient Hindu philosophical teachings, named Vaisheshika school of thought and the Nyaya school of logic. These schools helped in understanding the inherent basic qualities of Dravya, or matter which formed the fundamental principles of pharmacology in Ayurveda. Ayurveda thus being closely related to Hinduism, combines both science and spirituality, which holds food and lifestyle as supporting healing factors along with medicines.

Worshipping Gods and Goddesses with offerings is a common ritual in Hinduism, as food is considered as Bramham, or supreme. One such inevitable part of Hindu pujas and rituals, Navadhanyam (nine sacred grains) is offered to the nine grahas or planets on auspicious occasions like Navarathri and griha pravesham (house warming), is also important in Ayurveda as a potent health mix.

Constituents of Navadhanyam and its cultural importance

Hindu astronomy, based on Vedas, had calculated the configuration of the nine planets or nava grahas and their effects on the world and each individual. Worshipping these nine planets was considered to ward off any misfortune arising from past karmas. Of the nine deities, seven are named after planets of the solar system, while the remaining two are asuras. Each of these deities is offered cereals and pulses to bring good luck and prosperity, and this group of nine grains together is called Navadhanyam.

Navadhanyam and their respective cosmic influences are:

Ayurvedic importance and properties of Navadhanyam

Apart from the spiritual and religious importance, intake of Navadhanyam bestows excellent health benefits according to Ayurveda. A unique blend of cereals, lentils, and oilseeds, Navadhanyam is a rich source of Vitamins, minerals, protein, fats, and carbohydrates that support healthy digestion and enhances immunity.

Whole wheat grain has complex carbohydrates that keep one full longer and thus aids in weight loss. Rich in magnesium and insoluble fiber it improves metabolism, helps in reducing the risk of type 2 diabetes and gallstones.

Rice: Rice is mentioned in Ayurveda literature as sweet with astringent after taste, unctuous and aphrodisiac, nourishing, light, and diuretic. (As. hri. 6/1)

Rice is a good source of Vitamin B, fiber and iron. Rice has antioxidant activity and controls blood pressure as it is low in sodium.

Toor dal is an excellent source of protein and fiber while being low in calories. Regular intake of it reduces the risk of developing type2 diabetes and helps manage weight.

Chickpeas:  Described as chanaka, chickpeas are light, sweet with astringent after taste, cold in potency and unctuous.

Chickpeas are low in fat, a good source of antioxidants, and proteins.

Moong beans: Moong bean is described as mudga in Ayurveda and is light, cold in potency and alleviator of Kapha and Pitta dosha. It bestows a clear vision and provides nourishment to tissues.  (As.hri 6/17)

Moong bean is one of the best sources of plant-based proteins and essential amino acids. It is high in fiber content and low in glycaemic index. The carbohydrates present in moong beans are easily digestible, which causes less flatulence as compared to other legumes.

White beans are rich in folates, iron, magnesium, potassium and vitamin B.

Black sesame: Black sesame, mentioned as Til and is hot, good for skin, is a hair tonic, and strength promoting. It improves memory retention, increases digestive power, Kapha and Pitta dosha.

Black sesame is a good source of energy and healthy polyunsaturated fatty acids. It is rich in fiber, iron, calcium, magnesium, and phosphorus.

Black lentil is rich in protein, fat and Vitamin B and aids in digestion because of high fiber content. It improves skin health and improves circulation due to its high potassium levels.

Horse gram: Horse gram or Kulattha is hot in potency, astringent in taste, and alleviates vitiated Kapha and Vata dosha. It is beneficial in cough, hiccup, dyspnoea, piles, calculi, and rhinitis. (As. Hri. 6/18)

Horse gram is a known diuretic and antioxidant-rich legume, which is also rich in proteins and Vitamins. It is low in calories, high in fiber and thus aids in weight loss and better digestion.

Kerala Ayurveda Organic Navadhanyam is made with selected organic produce, which is free from any chemical fertilizers and pesticides.

Suitable for all ages, flavourful, low in calories, high in proteins, Vitamin, and minerals, Kerala Ayurveda Organic Navadhanyam will give you an amalgamation of great taste with the healthy goodness!