Infectious diseases have been a constant companion of mankind. Communicable diseases have plagued us since our existence. But the shift from being cave dwellers to the agrarian life and rise in civilization, outset of new trade routes and more interaction among people opened the gates for the spread of such diseases among communities. Rising global connections, living in densely populated areas, and urbanisation has created new opportunities for humans from different races and cultures to interact more, thus spreading epidemics beyond a country’s borders and then the disease officially is termed as a pandemic. 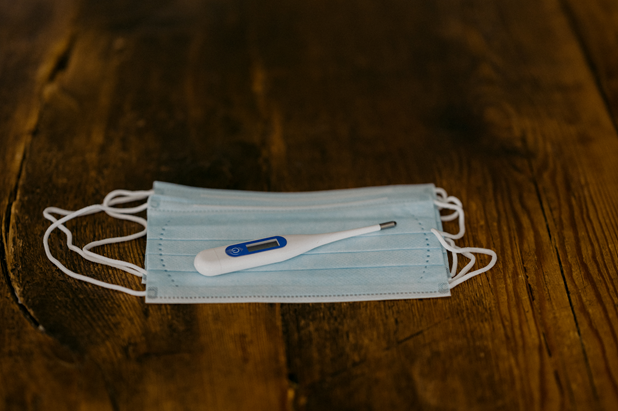 We are seeing a huge surge in previously undetected infectious diseases as well as re-emergence of diseases that had declined in the past. The WHO had warned in its 2007 report stating that infectious diseases are emerging at an alarming rate. Since the 1970s, about forty new infectious diseases which include SARS, MERS, Zika, Swine flu, and most recently, the Coronavirus have threatened global public health security.

Re-emergence of old infectious diseases, as a result of evolution and antimicrobial resistance to medicines currently in use, is also a matter of grave concern. The medicines which were effective in the past are no longer useful in controlling the diseases. The decline in vaccine coverage due to the increase in the number of people who opt to not vaccinate themselves due to philosophical and personal beliefs has also led to the re-emergence of infectious disease, like measles. Infections can also spread from animals to humans, as the population is expanding and changes in climatic conditions are noted.

A pandemic is an infectious disease that has spread across a large region, multiple continents or worldwide. One of the most infamous pandemics was the Great Plague, which killed an estimated 25 million people in the 14th century. The current pandemics include HIV and COVID-19.

Whether the infectious disease is old or new, the immune system is our first line of defense. With vaccines unavailable or effective treatments still not on the table for many new diseases encountered nowadays, it is important to stop the spread of the disease at the earliest possible stage and increase immunity to prevent the onset of a disease. But how do we increase our immunity? How do we make relevant changes in our lifestyle to combat diseases by natural means?

Acharya Charaka has described epidemics in his treatise, in a chapter called Janapadodhansaniya vimana, or determination of specific characteristics of epidemics. It is described that vitiation in air, water, land and season are the key factors for causing epidemics. These four factors are an indispensable part of our survival and their vitiation leads to diseases becoming highly virulent, leading to a dynamic state. The abnormality in the season will also fail to produce herbs of good quality and thus the collection and consumption of these medicines should begin before the earth loses its fertility and calamities occur. Thus, there will not be any difficulty in counteracting any epidemic if drugs are properly collected, processed and administered well in advance. One does not suffer from diseases even if there is a spread of epidemics if he is administered medications properly. Administration of rejuvenation therapy and physical health should be maintained with drugs collected before the onset of epidemics, which can save many lives.

Ayurveda is not just about curing. It’s a comprehensive holistic approach, which recommends preventive approach and strengthening of Ojas (immunity) to prevent diseases. At a time when people are looking for every possible way out to deal with a rapidly spreading disease, Ayurveda comes as an effective solution to improve immunity and provide resistance to fight such infectious diseases.

Kerala Ayurveda Limited, keeping in mind these ancient teachings of Ayurveda and the current spread of infectious diseases among the world population, has devised an Immunity Build Kit, which is an effective combination of our three excellent immunomodulatory drug combinations:

These formulations are a great natural source of antioxidants, and acting synergistically, the combination of these three will support your body’s natural immunity to fight infections and prevent illnesses.

The intake of Kerala Ayurveda limited Immunity build kit along with following proper diet and hygiene measures will improve your overall health, digestion, and immunity. Strong immunity will naturally lead to good health and your body will flourish with proper nutrition while living in alignment with nature. Stay healthy, stay happy!!

Consult an Ayurvedic physician before intake if you have any underlying health issues.